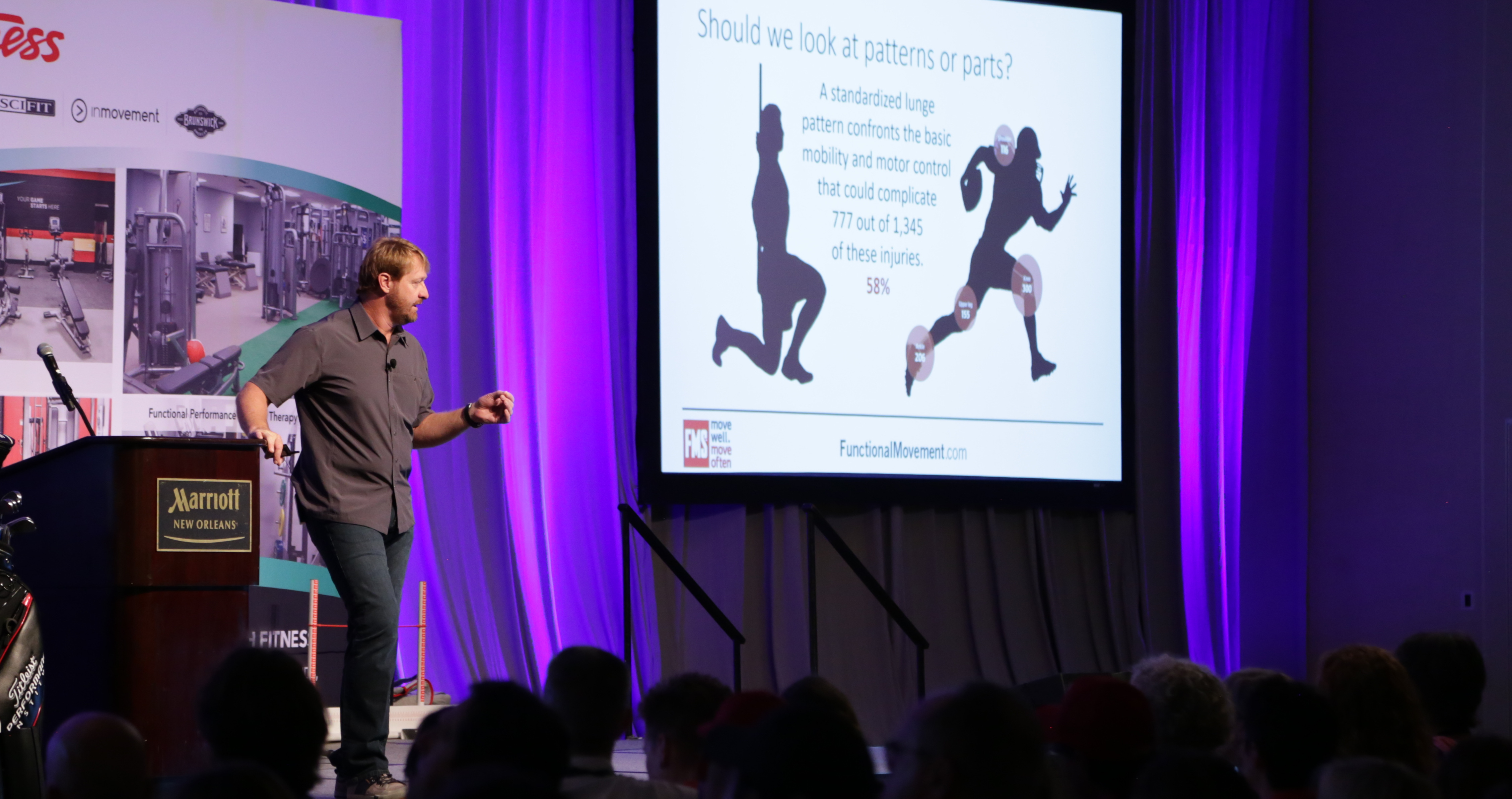 I'm often asked about how to help get one's head around Functional Movement Screening — essentially, how to find the best entry point. Then comes the follow-up: how to introduce that into a healthcare or training/conditioning career where it wasn’t previously used.

It's sort of a new way of looking at things. Instead of a full-on functional assessment, we simply go in and screen, deal with the 'low-hanging fruit' and move forward following a system of fundamental and functional tiers of movement development.

Lee Burton and I, in the ‘old days’ when we used to teach the FMS Level 1 live course, always recommended: "You've got to go practice."

Then we reinforced: "You've got to go practice."

Even though we said it, I think that many people just heard that as our parting words, thought about all of the things that they had learned that weekend and didn't realize what we intended by saying that. They were excited to display some functional ‘pearls’ without realizing the string that holds them together . . . the System.

First: It's got to be personal. Very rarely do we have a person get a perfect score on the Functional Movement Screen. Everybody's got some issues and everybody wishes that they could do a little bit better. Or at least maintain the state that they currently have.

But, it’s always changing — especially if you are active. Just like your blood pressure and your vision, movement screens will change, and the lifestyle and the environment that you choose will definitely influence and imprint itself on the way that you move.

Make it personal . . . see if the correctives work on you. Line yourself up with your FMS score and the corrective strategy that is most obvious for you to pursue. Make sure you are doing the exercises correctly and see you are able to change your test scores in a manageable amount of time. Not immediately after the exercise, but over time spent doing these correctives as an intervention for yourself . . . as a warm-up or as a cool-down or as your preferred stretching or movement prep routine if you just need to throw it there.

Follow those steps, and see if they change your baseline score.  I talked about the importance of establishing a system in a recently published Whiteboard Talk.

They are going to use the movement screen to help understand that. Actually, that’s what it’s designed to do in experienced hands (and that is not the definition of a beginner).

I think that is ambitious at best. For someone who has a lot of experience movement screening, we could not only look at that movement screen, but maybe consider the other things and other reasons that this person isn't responding to programs that most respond to.

Let me make it simple: You should actually take your new movement screening skill set to the clients and the athletes who you have the most confidence about. You're pretty sure that they're going to do well. They learn new programming, they've responded, they've dropped weight, they've gotten stronger, they've gotten faster, they've done everything you have wanted them to do and thought they could do . . . and they've done it well.

And you also think they are going to fare well on the movement screen.

To me, those are the individuals you should put through movement screening first.

You're green and they are probably going to forgive you when you introduce something new . . . remember, they've had a lot of success with you and trying new things on them is something that they welcome. They realize that they've earned it and you are looking for the next best upgrade you can give them.

People often wonder how we can do the things we do in workshops, in courses and on stage. That's because our confidence level has constantly been modified until is lines up with objective data. Think about that for a minute . . . you don't have any confidence at all in clients and athletes who aren't responding to some of your best work. You have no idea what to do. And the first thing you should do is to make sure you have a lot of experience in a new test that will provide vital feedback over a spectrum of self-limiting movement patterns. 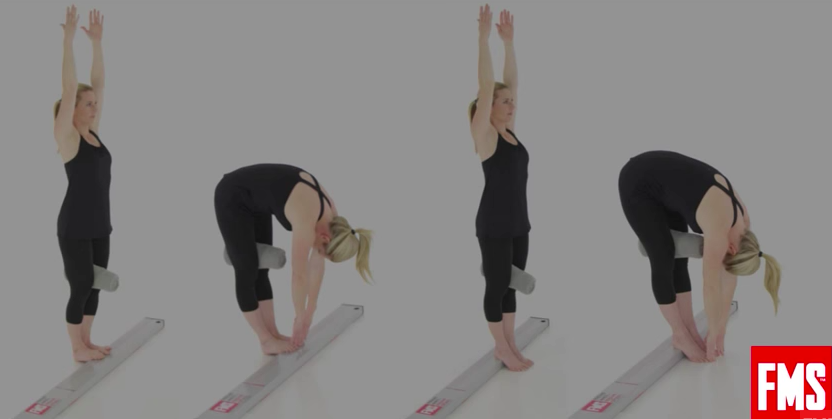 What often happens is that trainers and strength coaches often take movement screening to some of their biggest problem cases . . . and they find exactly what the truth is.

The truth? Many people who aren't responding to performance programming and fitness programming have underlying health issues. The screen basically says that they have pain in a movement pattern and we need a movement health assessment to go deeper into this case.

If the first six people you decide to screen are your six most difficult people, the screen is probably going to do exactly what it is designed to do: alert you that there is a health problem underlying their fitness or performance problem in the majority of the group.

It's going to look like everyone you put up against the movement screen needs a more in-depth assessment and has a health or musculoskeletal issue. That's not the case at all.

You were actually extremely biased in choosing the people you introduced to the movement screen. You don't feel like you need any direction with the clients and the athletes with whom you are having success. But that's where your confidence level can sometimes 'get you.'

It's very important to take the clients and athletes with whom you have the greatest confidence level and lay down some objectivity next to that. First, finding the one weak link that your excellent skill set hasn't uncovered is a great competitive advantage. Second, you probably have a great relationship and a good amount of success with them . . . so start your clients and athletes in their movement screening with the easiest, lowest problem cases you have and see if you can predict how they were going to score. 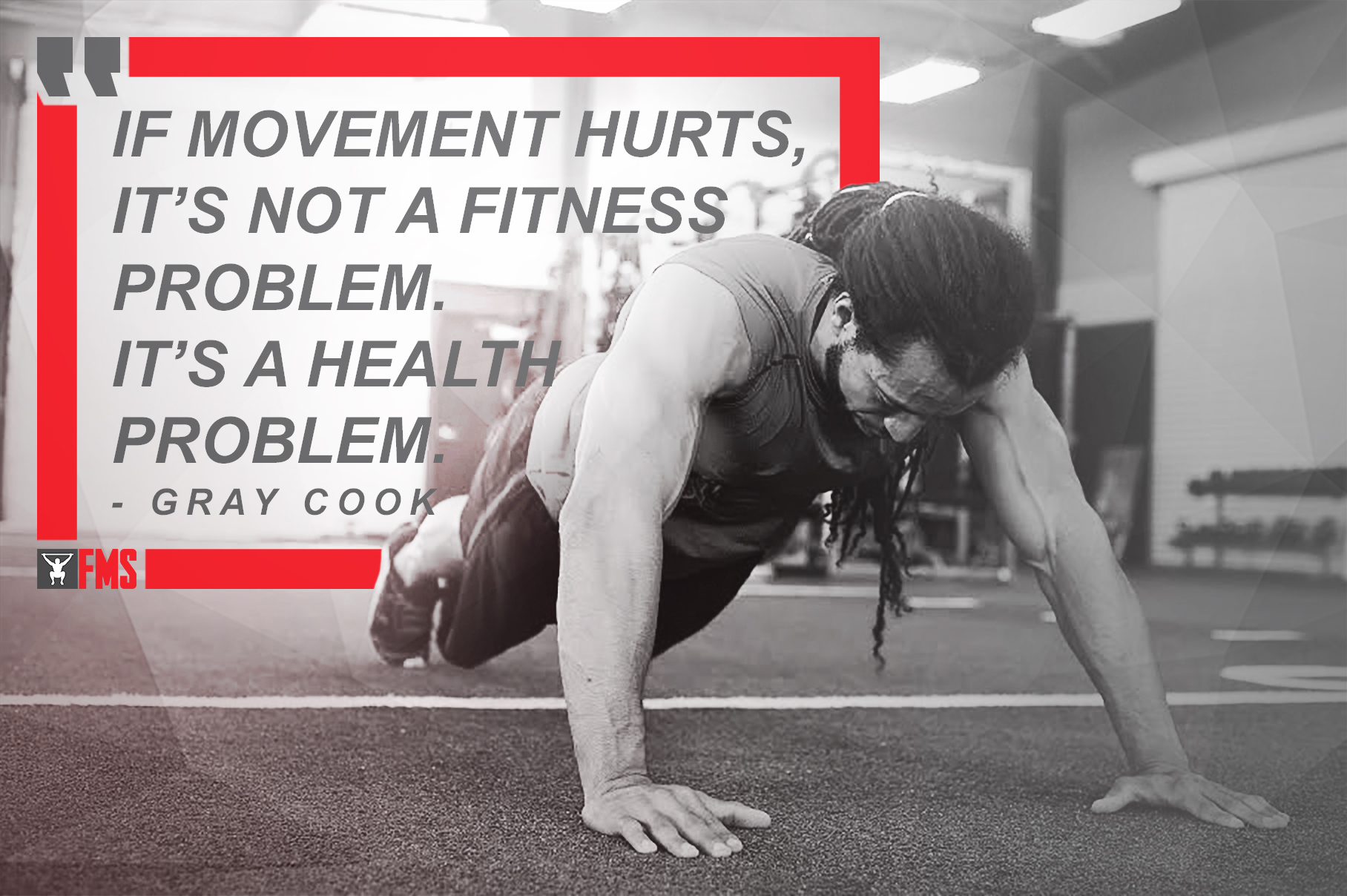 As you work into your case load and into the depth chart of the people you work with, you are going to slowly develop confidence and realize that not everybody fails a movement screen due to pain and every client isn't necessarily complicated. People respond very well when you find their movement pattern that represents their weakest link and point them at a corrective and lay that corrective in their workouts and in their off days and in their supersets to simply change their movement habits.

Either way, their perspective about function and fitness needs to be discussed.

Then work with someone you think has a high movement screen score and guess at each pattern to see if your confidence is close to the truth. Slowly sharpen your skills and learn from feedback.

You will know when you are ready for a challenge.

Always start your new skill set where you already have confidence and make sure that your confidence level and objective measures align.