The Functional Manual Therapist: Resets to Improve Success of Reinforcement and Reloading 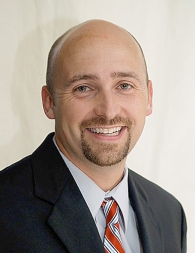 Edo Zylstra, PT, DPT, MS, OCS, IMSp was active in developing the current standards for Dry Needling (aka Trigger Point Dry Needling) training in Colorado. He has taught over 50 Dry Needling courses internationally and is currently developing more advanced techniques for therapists experienced in this manual therapy technique.
Edo Zylstra received his Master of Science degree in physical therapy from Regis University in Denver, Colorado.  In 2005 Edo opened his clinic, KinetaCare, previously Sport & Spine Physical Therapy Brighton, in Colorado.  Prior to opening his clinic, he spent over four years working in a chronic pain clinic specializing in manual therapy utilizing Intramuscular Stimulation (IMS), and Trigger Point Dry Needling. He received his certification for Dry Needling from The Institute for the Study and Treatment Of Pain (iSTOP) in Vancouver, British Columbia. Edo then took a second series of training courses through Pain and Rehabilitation in Bethesda, Maryland, where he learned Travell & Simons' techniques for diagnosis and treatment of myofascial pain and trigger points. Edo was instrumental in the process of getting Dry Needling accepted as a treatment technique within the scope of practice for physical therapists in Colorado, and continues to do the same for other states that do not currently have Dry Needling within their physical therapy scope of practice.
In 2006, Edo developed and began instructing both Introductory and Advanced Trigger Point Dry Needling courses (now Functional Dry Needling®). In 2007 he joined Robert De Nardis to instruct Dry Needling courses in Australia, and in 2008 Edo and Robert founded GEMt, Global Education of Manual Therapists. As of 2010 the North American Branch was renamed KinetaCore®, of which Edo became the sole director, while Robert De Nardis serves as the director for the Australian branch, still named GEMt. Edo has a passion for functional dry needling and hopes to continue to educate therapists across the globe in this amazing technique so that patients who once had no access can now find a provider in their city and benefit from this treatment.
Edo received his board certification as an Orthopaedic Clinical Specialist in 2011 and this past December, completed his Doctor of Physical Therapy degree through Regis University. Edo hopes that through his education and his passion for educating others, by the year 2020 the field of physical therapy will have elevated to the respected level it deserves.