The first rule of Fight Club: You do not talk about Fight Club.

It would be easy for me to apply the same rule to the passionate group of people who look at movement in a systematic way. 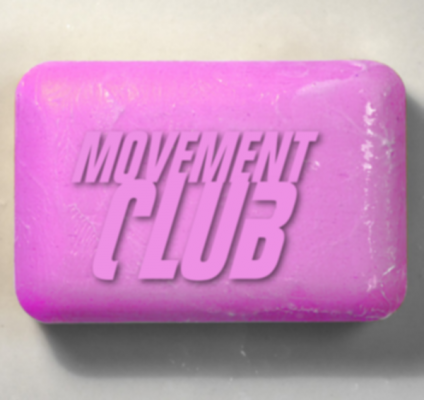 Let me go back and qualify the reference here. Fight Club is a movie about a counter-cultural movement to release, in a very primal way, the pent-up tension of an over-civilized society encumbered by political correctness, technology and a devaluation of all things manly. (There’s a lot more to the movie than that and you’ve probably got to read the book or watch the movie to understand what I’m talking about.)

The character Tyler Durden (Brad Pitt) states the first rule, but I’ll paraphrase. If you do get invited to Fight Club, show up and witness something unbelievably amazing. Don’t go talk about it. If you do have a few fights, understand the benefit of the primal release and actually feel somewhat empowered, then stick around and get better. Benefit from the experience but please, still, don’t talk about it.

That’s the reason for the repetition in rule #2: You do not talk about Fight Club. If it actually becomes a ritual, something that you rely on to sustain a superior level of integrity and resourcefulness, don’t talk about it.

It’s something you simply must experience and that’s the point. Let me borrow the same sentiment for people doing the Functional Movement Screen.

Yes, I’m sitting here writing about the movement screen. I often talk about the FMS but in a way to encourage you to at least sample or experience screening—an invitation. Can it add something to what you currently do?

Now, think about this. Steve Jobs realized that the personal computer could change the world because it put technology in the hands of the single user, for creativity, but also for entertainment. That is why Apple is where they are today.

From the Apple I to the iPod/iPad/iPhone and iTunes, Steve Jobs realized that empowering the technical consumer for both processing power and entertainment largely in the same device would probably change the world. He was right. 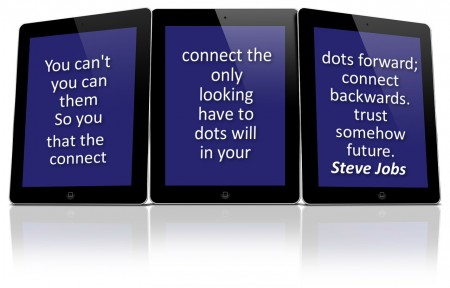 Thinking in that vein, the Functional Movement Screen adds processing power to the current trends in fitness. For the last 30 years, fitness and the fitness industry have been more about entertainment than about strengthening our nation.

You want proof? In the last 30 years, we’ve gotten fatter and less fit. There are currently more obese Americans than there are overweight Americans. The generation of kids currently born won’t outlive the generation that’s raising them. Therefore, the current consumption of fitness media and fitness information is largely done for entertainment value and not so much for scientific, tangible, objective outcomes. The outcomes are horrendous. 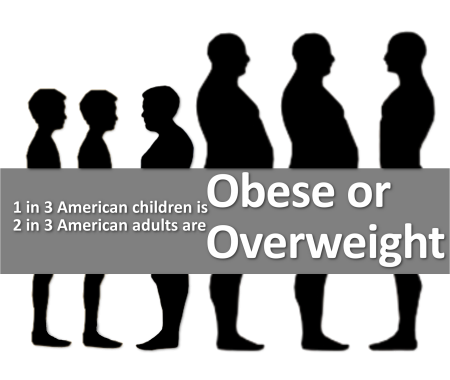 Another example? Do you know how many personal trainers peruse the Internet on a weekly basis looking for something new because their clients are bored? There you go: fitness is about entertainment.

Sure, some of us get results. But are they sustainable? That’s the big question. We just saw that the big picture is not looking good.

But, if you expect some physical development benefit in any way, whether it’s skill acquisition or weight loss, you must set a baseline. You must check the baseline and make sure you’ve got a reliable tool and you’re at the right level of development with the right test that tells you to move to the next level. The journey to fitness needs tangible metrics—a GPS that tells us where we are and maps the best route to success.

Otherwise, keep looking for new routines and be satisfied with the entertainment value. You’re not going to look any better two years from now but you will have burned a lot of calories. Yes, it’s better than watching TV and it’s better than sitting—but physical development was not the result. Physical entertainment was.

I reference the first rule of Fight Club for people experiencing the Functional Movement Screen for the first time because so much of the Internet discussion about the efficacy or value of movement screening is done by people who aren’t even in the Movement Club. 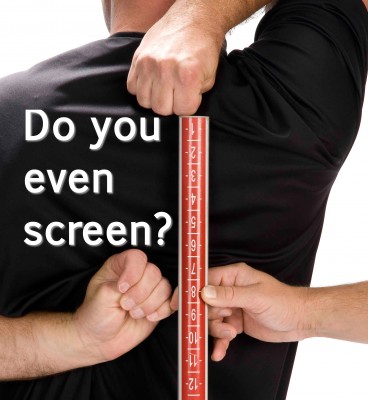 The people who ‘get it’ have enough of a feedback loop and enough expertise that if they do movement screening and do it correctly, they either find value in it or they don’t. Either way, the minute they find value, they might not necessarily be interested in sharing that value with their competition down the street. They have created a mentorship literally with a systematic mentor instead of a human mentor. They have a tighter feedback loop. They get results from smaller amounts of information than their competition does.

If you’re making comments about movement screening or movement assessment you need to have some background in the system. You don’t have to like the system, you’ve just got to be good enough at it to know that your dissatisfaction in the system isn’t because of your inability to technically replicate the system.

“I did the system good enough to be reliable and it’s not benefiting me in any way.” I can handle that critique all day. I can’t handle scrutinizing a system without at least sampling it. For those of you who have already performed movement screens (whether you value movement screens or not), I would prefer you honing your skills and tightening your feedback loop instead of saying positive or negative things in a public forum.

I want the technology that we created to empower the individual user—to press them to be creative, to press them to utilize that processing power—so that they can create a more entertaining product for fitness or athletic development that keeps people engaged but also delivers significantly better results than the past 30 years of fitness.

I take shots at physical education and fitness because we have all watched the physical landscape of a nation erode before our eyes. I want to leave you with a rule of thumb that might help you in your own journey in understanding and developing movement and movement screening and assessment tools.

First, don’t talk so much. Just do. Participating in Fight Club is fine. Talking about Fight Club is not fine. It distracts you from what the experience will give you—a break from the sedentary and soft dogma that is our modern society.

The more ‘movement’ you do, the more you will be able to say in less words. You will simply refine your ability to think and discuss movement screening, and when you’ve reduced it to something that you could effectively communicate in a matter of well-placed sentences, then talk about it a little.

When you are provided with an opportunity to embrace a new experience, whether a new exercise, a new adventure race or a new skill set, start with observation. Look at it from every angle you can. Read and study. Consume information and see how much you can learn without participation. Stay in the bleachers. Develop an appreciation of what you’re seeing.

First, look directly at the activity or the skill set. Then, look at the subtle intangibles that may go unnoticed by others focusing directly on the activity. For example: watch a juggler. Everybody’s looking at the juggling. Nobody is watching the breathing, the foot position or the posture. They’re all important. 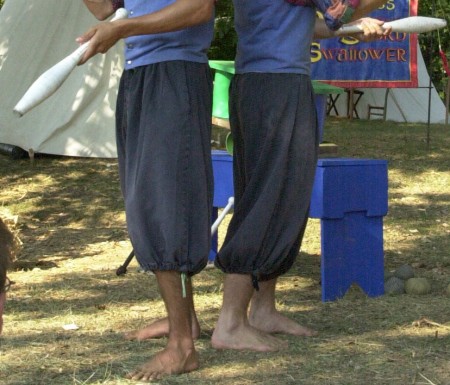 Observe, then sample. Attempt bits and pieces of the activity without the obligation of starting or finishing anything.

Once you’ve adequately sampled, consider participation. Participation means that you actually consumed the thing from start to finish. You actually did the entire task. You didn’t work on the beginning or end or the middle of a deadlift. You simply did a deadlift. Only integrity and completion matter . . .  and they are non-negotiable.

Competition means that not only did I participate, not only did I go through the entire activity but I actually accomplished something. Now if it’s a race, finish in the top half. If you’re finishing in the bottom half, that’s probably more participation. Participate as long as you want but when you get your window, try to compete.

How many people go straight to competition and winning with a new activity? Might that not be the current problem in fitness today?

I’ll leave you with this thought. Dr. Ed Thomas said, “We used to go to the gym to acquire a new physical skill and the workout and physical development were the secondary benefit.” 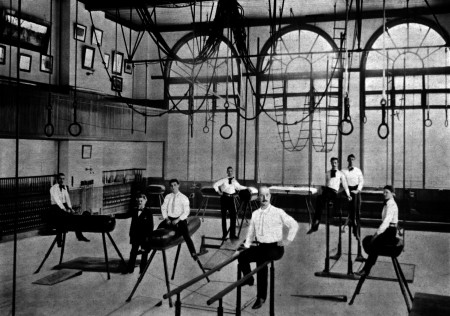 Now, we’re so busy sampling every little thing in fitness for the entertainment value and variety that we never, ever truly compete. If you don’t compete, you can’t win. We’re simply sampling everything and accomplishing nothing.

Sometimes, we quit sampling and participate but never with the quality or skill level that will get us anywhere in physical development, on the athletic field or in our sport.

The same could be said for movement screening. Learn about it. Sample it. Participate. Compete. What do I mean by compete? Do movement screenings and see if you can change the way people move. Enhance movement quality, then quantity. Install it as a successful cornerstone to your movement practices.

The art of technological development is in creating something that you don’t know you need until you consume it. That’s what Steve Jobs did for us with Apple products.

We’ve built a fitness empire without considering movement . . . maybe the better fitness methodology starts with realizing what was overlooked in the first place.