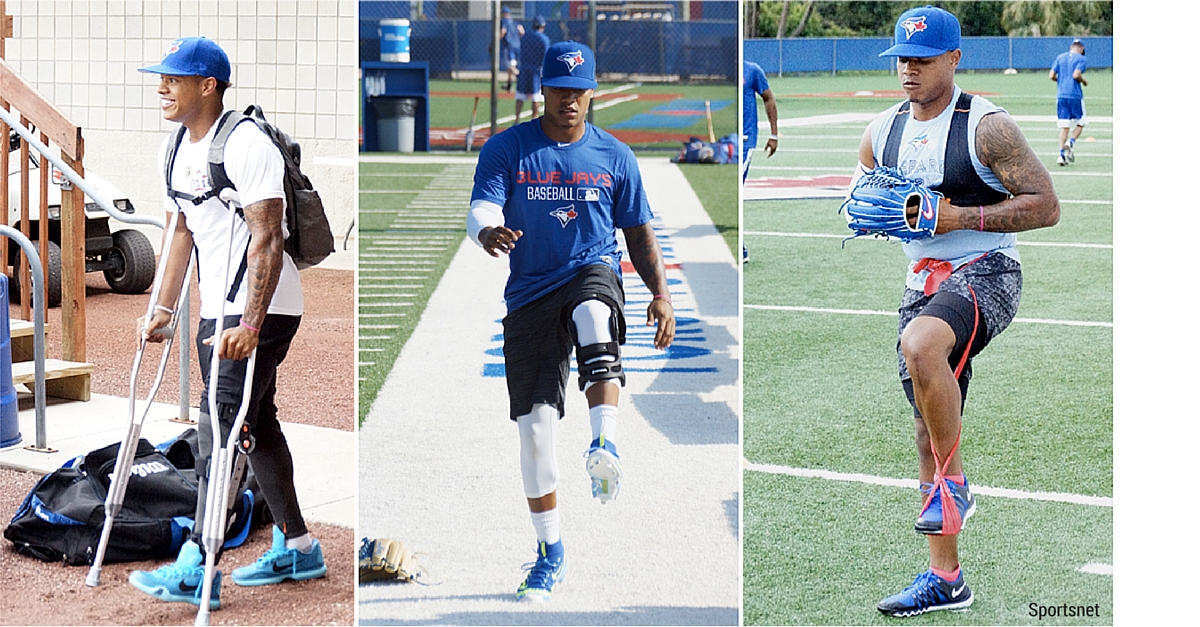 When Marcus Stroman suffered a torn ACL during Spring Training in mid-March, baseball pundits assumed that the Toronto Blue Jays had lost their most talented pitcher for the year. It wasn’t an unreasonable assumption. The injury occurred in early-March meaning there were less than 7 months until the final game of the Blue Jays regular season.

For those following the 2015 MLB Playoffs, the story is familiar. Not only did Stroman return to the mound, he did so in time to make four starts in the regular season, posting a 1.67 ERA and leading the Toronto Blue Jays into the playoffs.

As fans of sports, it’s easy to grow accustomed to witnessing otherworldly feats from gifted athletes. Stroman’s recovery is no exception. While he deserves all of the credit for working tirelessly, his comeback relied heavily on careful programming and diligent oversight from a talented team of FMS providers. We asked his Duke Sports Performance team of Dr. Robert Butler, Dr. Jason Shutt and Dr. Nikki Huffman to comment on the process and how the FMS was incorporated. Stroman’s return to competition is not only a positive case study for ACL recoveries, but can be instructive for athlete rehab in general.

After surgery, Stroman remained near the Blue Jays Spring Training facility in Dunedin, FL for several weeks to recover. On May 4th, he traveled to Durham, NC where he would complete the majority of his rehabilitation under the supervision of FMS Instructor Robert Butler, Nikki Huffman and Jason Shutt.

According to Corey Dawkins of Baseball Injury Consultants, only 11 MLB pitchers since 1990 have suffered ACL injuries. Therefore, there are not many return to sport case studies for an athlete like Stroman, but it wouldn’t have mattered if there were thousands of case studies. Dr. Butler and his team subscribed to a data-driven rehab program.

“We used a very data-driven approach, which told us what our opportunities were and allowed Marcus to make constant progress. We couldn’t let our biases or opinions get in the way,” Dr. Butler told Sportsnet. “We were able to give him the right amount of stress because we were constantly monitoring the stress. As soon as he was ready to move on to the next step, we knew immediately.”

By eliminating a bias towards a specific calendar of events, the doctors are able to progress Stroman when his body told them it was ready, not when a calendar did.

“We viewed Marcus as an athlete throughout the process,” said Shutt. “Programming was not narrowed to only address throwing because pitching requires cutting, jumping, sprinting, etc.., which may not be immediately evident to most people. Pitching is a power activity and requires a level of lower extremity stability that is often under appreciated. Marcus is a phenomenal athlete and the goal of our programming was to return him to a level to demonstrate that athleticism.”

Butler, Shutt and Huffman had the benefit of baseline data. The Blue Jays have been using data from the FMS to inform their training for 7 years. In February, Butler and his team made their annual trip to Florida to help the Blue Jays training department perform movement screens on every athlete in the organization.

When Stroman arrived at Duke, Shutt and Huffman relied on the FMS to track progress.

"Full FMS and YBT tests were completed at least every 4 weeks,” Shutt told us last week. “Some individual movements of the FMS were tested frequently to make sure that we were progressing. At the start of our work we tested ASLR daily and sometimes multiple times within a session. Once the results were symmetrical and consistent we stopped testing on a daily basis. Another movement that we tested frequently was deep squat. Daily testing identified the correctives and RNT work that needed to be completed that day prior to loading the lower extremity.”

“There were asymmetries present in the FMS and YBT, including slight asymmetries that score the same in the FMS. While we appreciated that these asymmetries were likely caused by his sport that was not a reason to avoid correcting them. The difference is adjusting the expectation of retaining progress. Some correctives will likely remain part of his strength and conditioning plan to address the rigors of his sport,” Shutt indicated.

“Both Shutt and Huffman are uber-critical—Stroman would call them anal—of Stroman’s technique and body positioning throughout his workouts, barking out constant orders to straighten this or stabilize that.” - Sportsnet

In addition to the FMS and Y-Balance, the team at Duke relied on technology like Catapult to monitor the intensity of Stroman’s work, Omegawave to monitor recovery/readiness, and K-Vest for biofeedback.

“There was no point when I realized I was ahead of schedule,” Stroman told Grantland. “It was just the check marks that I just started to see. All of my check marks when I first got there were red, and then they would just show me glimpses here and there of all the things I’d accomplished, and it would slowly turn to yellow, and from yellow to green. And then we would just keep moving down, down, down.”