A recently published study in the Journal of Sport Rehabilitation looked at how exercise intervention might improve scores in the Functional Movement Screen (FMS) of collegiate athletes.  The researchers demonstrated a good understanding of the FMS and how to gather data.  Their study suggested that the intervention did improve scores, but it's probably not how you'd think they'd improve.

The interesting slant that these researchers took was to see the effects of having the only intervention be a standard protocol of popular core exercises and seeing the impact it would have on FMS scores.

The following exercises were prescribed for a 8-week supervised protocol: 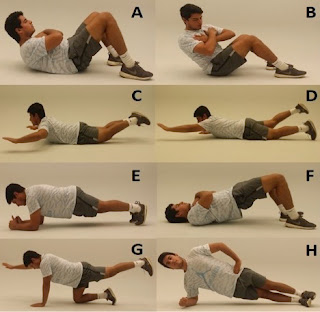 The results showed a relatively significant positive impact on scores in healthy collegiate athletes, especially in those showing poor scores upon initial testing (below 14).

Some interesting observations come from this, some of which debunk common misconceptions about the FMS:

The Toe Touch Progression discussed by Gray below is an excellent example of how movement can be improved by addressing software (patterns), not hardware (tissues).

"Calling all limited motion problems a flexibility issue is problematic in that it imparts the assumption that all can be helped with stretching." - Gray Cook

RELATED ARTICLE: PRIORITIZING YOUR CLIENTS' GOALS WITHOUT COMPROMISING YOUR SYSTEM


Here is the information on the article and a link to the abstract: