It has been argued that motor control may be the limiting factor in running and jumping sports performance. Esteemed sprints and jumps coach, Professor of Motor Learning, Frans Bosch, has put such an argument forward several times within chapter 1 of his book (Bosch and Klomp, 2005). If that could be the case, we are drawn to ask whether we can systematically evaluate to reveal barriers to efficient performance.

This first article, in a four-part series, speaks of the Functional Movement Systems spanning evaluation across the fields of medical to performance. It also speaks of the concept of regional interdependence as it relates to revealing barriers to mobility, motor control, specific capacity testing and sports performance outcomes. We look at the above premise via a practical example – how to get a better vertical jump.

So, how do the SFMA and FMS professionals carry the concept of regional interdependence through to the FCS, or to specific capacity testing and sports performance?

The answers may lie deep within the iceberg of healthcare that is regional interdependence (Sueki et al., 2013, Wainner et al., 2007). 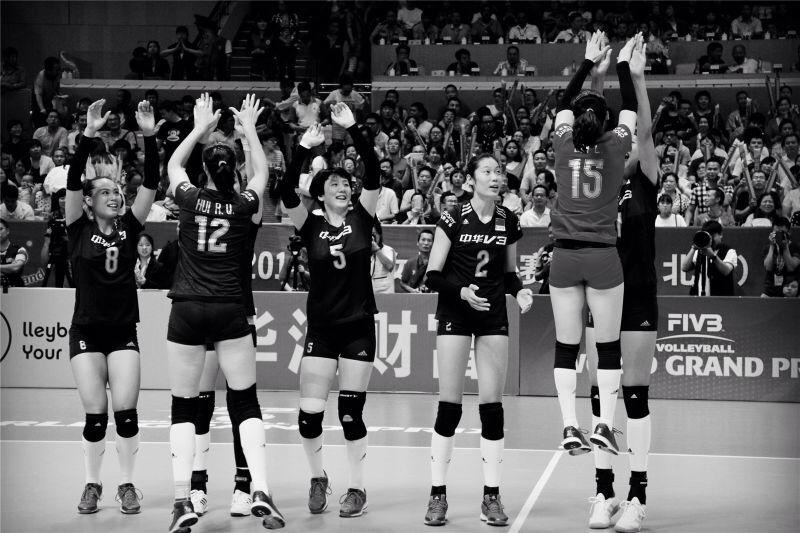 Recently, four clients entered my facility with the same performance goal – better vertical jumping performance. Jenny, Joe, Bella and Brad all play in jumping sports – volleyball and basketball. How many of you would have given them the same jumping program? Many of us would. That is until we all united around the Functional Movement Systems. Although we come from different backgrounds and methodologies, we submit to systems and logic when it aligns with science and seeks practical simplicity.

In this first of the four-part series, we look at Jenny:

Jenny has pain on ankle mobility screening. She has full range of movement but pain at end range. She has no pain when doing vertical leaping. Even though her ankle clearing test didn’t measure dysfunctional, having pain at end range complicates “the system” that is a) her inputs, b) feedback loops, and c) output. Whilst pain does not occur until beyond 40 degrees, she may only use 22 degrees in the vertical leap - the less vigilant, or inexperienced, professional in the field may say that Jenny isn’t even using the range of motion with a provocation.

Let’s look at our first question. Can we identify if motor control is a problem? The only way we know end-range pain is not complicating the system is to do a further assessment, treat or manage that any dysfunction found, re-test ankle mobility screen and then finally re-test vertical leap. The vertical leap is an expression of motor control with capacity. If we remove pain as a potential contributing factor, complicating factor or causative factor for reduced vertical leap, we will have applied systematic logic, aligned with science, in a simple way.

So, our first client, Jenny, has no observable ankle mobility dysfunction but has pain with end-range ankle dorsiflexion that can interfere with her vertical jump. It can interfere with her vertical leap in two possible ways - it could directly inhibit force production or it can interfere with the kinetic chain higher up that will affect force production. But what is causing this end range pain?  Instead of guessing or wasting time on unnecessary parts, the system directs us to the SFMA to further breakdown Jenny’s movement to be able to provide appropriate treatment.

The redundancy built into the system aims to remove false negatives. With  Jenny’s assessment information, we can understand whether her difficulty vertical jumping is due to a functional problem , or is an isolated performance problem free of functional and structural noise.

As it relates to our four clients, the SFMA, FMS and FCS all highlight the patterns potentially affected by ankle pain, mobility and motor control competency, then capacity:

The SFMA has been demonstrated to be reliable and revealing of the ability to access patterns (Glaws et al., 2014, Goshtigian and Swanson, 2016). The FMS has multiple reliability studies indicating agreement between testers and within testers between live and video screening (Barrow, 2017). The LQYBT likewise has been shown to be reliable (Plisky et al., 2009) and associated with motor control differences and increased risk of injury (Butler et al., 2012, Garrison et al., 2015, Gonell et al., 2015, Smith et al., 2015, Boyle et al., 2016).

Let’s look at how Jenny’s pain at end-range dorsiflexion could interfere with her vertical jump.

Pain is indicative of a dysfunction in the body. That it’s not provoked until we get into the end range of motion should be moot. A slow and controlled dorsiflexion test that is competent for range but painful at end is a signal that behaviour at contextually different speeds is to be attended to. During a vertical leap, Jenny will use that ankle fast.

Assuming the ankle is normal at a fast 22 degrees when it’s pathologically painful at 40 degrees is an assumption that should not be made. 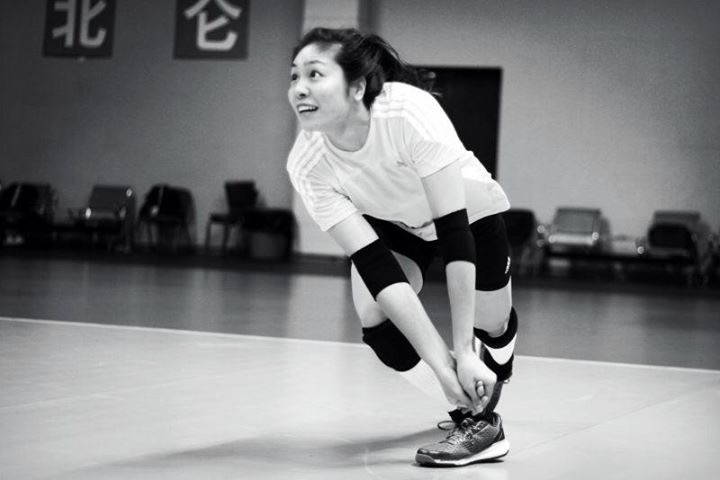 Not only should this assumption not be made, it should also be recognized that Jenny isn’t only going around upright, limiting her activity to vertical leaping. In what situation is vertical leaping important but cutting, turning and deceleration not important? Jenny will still get into that end range dorsiflexion. She will probably be in a situation where a low center of gravity exists as she decelerates and changes direction. The cutting maneuvers that Jenny is likely to do, in addition to her vertical jump, is part of her context. The presence of pain has been shown to be associated with altered motor control (known as functional instability) compared to control subjects in cutting maneuvers (Son et al., 2017). Of note that functional instability, that is to say, altered motor control, can exist when pain is no longer present. Getting the ankle pain to resolve with proper treatment isn’t hard. Re-testing the vertical leap isn’t hard. The only way you can’t say this pain isn’t interfering with that is to treat the pain first – or more appropriately, treat the dysfunction contributing to this pain.

Are you still not convinced of the importance of pain in the ankle? “Pain-attenuated movement patterns can lead to protective movement and fear of movement, resulting in clinically observed impairments such as decreased range of motion, muscle length changes, declines in strength, and ultimately may contribute to the resultant disability.” (Cook, cited in (Cook, 2010), p.117). Each response to pain is dependent on the specifics of a task. How an individual performs in one jump can be different if the jump demands change. To reiterate, the only way you can’t say this pain isn’t interfering with that is to remove the pain first. While changing painful dorsiflexion to non-painful may not change vertical leap, it will remove a potential trigger to altered motor control up the kinetic chain which will eventually help clarify the fundamental issue.

Let’s say that Jenny’s dorsiflexion pain is resolved, but doesn’t improve vertical leap, now we’re right back to a vertical leap pattern problem. We may be wondering what happened in the past that made this ankle painful that could have broken the jumping pattern? As stated above, pain can change the control of movement higher up the kinetic chain. It can even lead to anxiety about impending pain during an activity (Moseley et al., 2003), reduced perception of ability and reduced performance (Deschamps et al., 2014), at least in acute pain. Such a scenario is the essence of regional interdependence: pain anywhere can affect a movement pattern in the whole kinetic chain.

Let’s say Jenny’s anxiety about impending pain leads to less use of dorsiflexion. It has been shown that when ankle dorsiflexion is limited, increased knee valgus and medial knee deviation occurs in a bilateral squat. Such ankle dorsiflexion limitations also have been shown to decrease quadriceps activation and increased soleus activation (Macrum et al., 2012). Might this be amplified in a jump? Even though Jenny’s ankle dorsiflexion is not limited, she may avoid using all her range because of pain – this has the same effect on the kinetic chain as if it was limited. It has previously been shown that restricting ankle dorsiflexion has ramifications up the kinetic chain in triple flexion tasks like stepping down (Bell-Jenje et al., 2016) and landing (Malliaras et al., 2006, Begalle et al., 2015, Fong et al., 2011, Hoch et al., 2015, Mason-Mackay et al., 2017). Let’s broaden our scope momentarily – what if Jenny’s pain also affects her accessing ankle plantarflexion? Could that affect her vertical jump? Research has demonstrated that restrictions in ankle plantarflexion mobility is associated with a reallocation of force requirements to the knee (Arakawa et al., 2013). Further, the extent of plantarflexion, together with patterning at the shoulder at take-off, account for significant outputs in counter-movement jumps (McErlain-Naylor et al., 2014). The pain that Jenny has at end-range of dorsiflexion may increase or decrease output of dorsiflexion or plantarflexion motor control, and strength. Either is possible, the pain science has told us that (Hodges and Tucker, 2011). Smaller dorsiflexion-to-plantar flexion ratio also had a higher incidence of inversion ankle sprains (Baumhauer et al., 1995). Not making use of available force at the ankle because of ankle dysfunction is akin to running a car with the parking brake still applied.

It’s important we now clarify why we evaluate and why we classify an evaluation as functional or dysfunctional. An evaluation is not considered “functional” because the evaluation looks like the sport or activity they’re training for. An evaluation is classified “functional” because it is one that reveals an ability to access a pattern, to respond and adapt to external and internal stimuli. The ability to respond to external and internal stimuli is demonstrated via fundamental patterns of motor control expressed without pain, with competent motor control and minimum amount of mobility.

If no functional movement screen or fundamental capacity screen is done, it’s very easy to see how someone can wind up at speed or jump camp as opposed to solutions that addresses their functional footprint weak links affecting their performance.  In Jenny’s case, the pain was present in the ankle, but it showed to be a problem higher in the chain creating this adaptation at the ankle.  Pain on the screen directed us to further pattern assessment which provided us an opportunity to impact performance appropriately without creating or facilitating further compensation. We did not ignore the end range pain but let it guide us through the system to identify the real problem.  We did not guess.

In the next article, we look at the second practical example, Joe, with an ankle mobility dysfunction. We also continue to explore the original question.