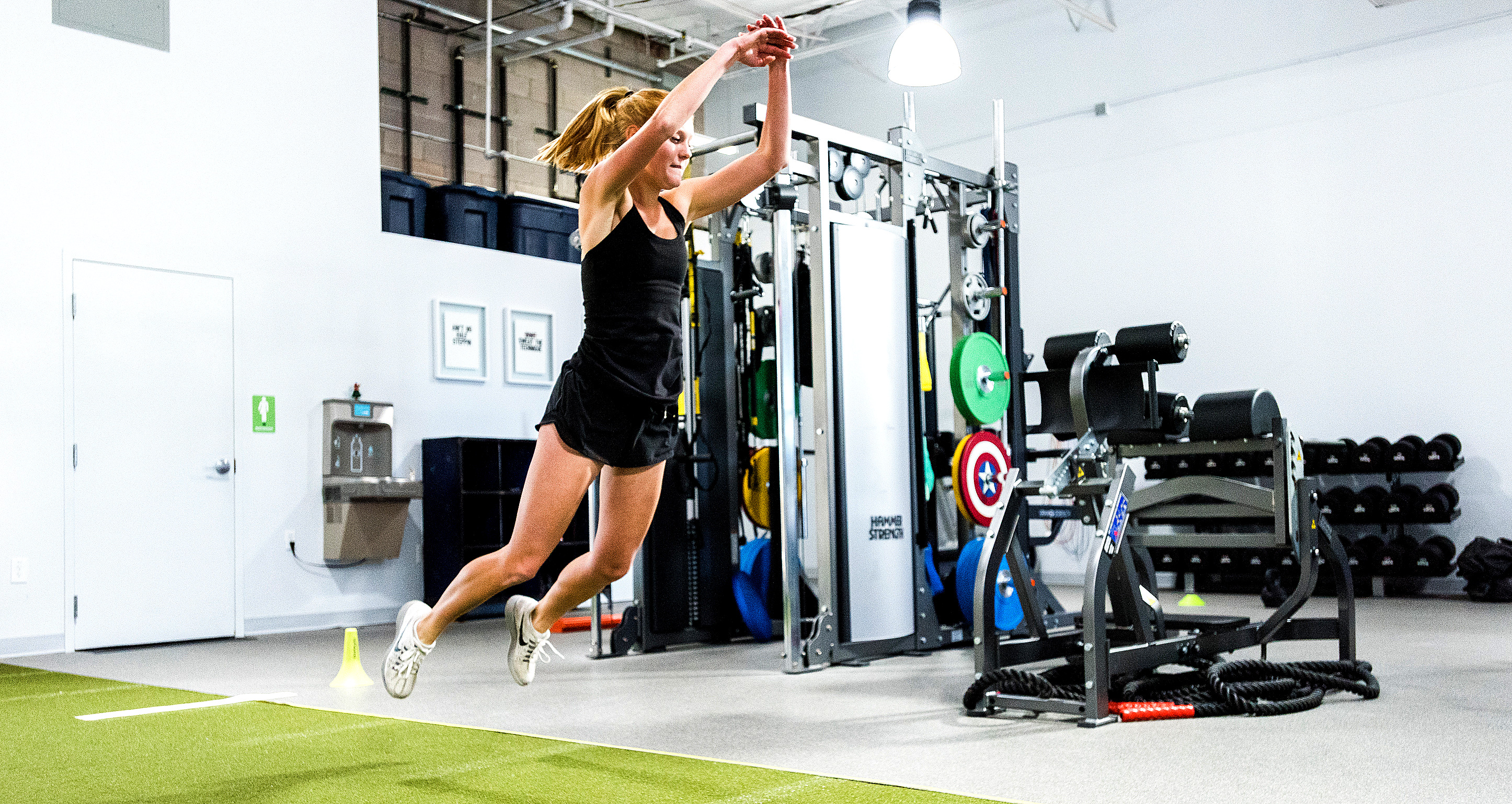 In two previous articles, we looked at a client with ankle pain and another with ankle dorsiflexion mobility limitation, revealed on functional screening and assessment. The reasons it could cause, contribute to or complicate vertical jumping performance were discussed. The articles sought to honor a sports science approach of removing assumptions as to deficits in performance. The concept that supported the system of revealing such “parking brakes” to performance is known as regional interdependence, a concept central to the Functional Movement Systems. Together with altered motor control, these two concepts may be argued as being pivotal in running and jumping sports performance. Further, it has been argued that motor control may be the limiting factor in running and jumping sports performance. Esteemed sprints and jumps coach, Professor of Motor Learning, Frans Bosch, has put such an argument forward. This article continues to explore the second main reason for explaining limited performance, supporting the following question:

Reiterating from the first two articles, four clients entered my facility with the same performance goal – better vertical jumping performance. Jenny, Joe, Bella and Brad all play in jumping sports – volleyball and basketball. How many of you would have given them the same jumping program? Many of us would. That is until we all united around the Functional Movement Systems. Although we come from different backgrounds and methodologies, we submit to systems and logic when it aligns with science and seeks practical simplicity.

How many of you would have given them the same jumping program? In sports science, we don’t like to make assumptions when possible. So, if we know what may be complicating vertical jump in each person, we can go ahead and take that assumption off the table quickly. A simple way to do that is to address pain, mobility limitations and motor control problems, then re-test their vertical jump. We will soon see the effect, or not, of movement problems on their vertical jump.

In this third of the four-part series, we look at Bella. She has no ankle dorsiflexion mobility problems and no pain but on the lower body forward reach of the motor control screen of the FCS she has more than the 4cm acceptable asymmetry and is below the cut on her left side. This is a motor control dysfunction – a reduced capacity to control movement outside her center of gravity beyond a cut-point, with asymmetry between sides.

In Bella’s case, reduced motor control could be a contributing factor to limited competence on a motor control screen and it could be reducing capacity when motor control is required at greater-than-bodyweight forces. The only way to remove this assumption is to address motor control first then retest her battery of outputs.

I hear some professionals preparing to suggest that Bella may just have a power deficiency. It is often proclaimed that deficiencies in jumping can be overcome by increasing strength and power, where power is force production applied per unit time. This formula indeed applies for force production but not for force reuse (energy recycling). In many performance endeavors, it is force reuse (energy recycling), not force production that is the limiting factor in output. As a body part accepts load in a task like a bound, energy is stored and released in the rebound activities, adding upwards of 10% (Turner and Jeffreys, 2010), or even as high as 25% (internal data) above the maximum force expressed from non-bounding jumps. Bella’s energy recycling was approximately 8%, as indicated by her triple broad jump relative to her standing broad jump.

Let’s look at jumping take-off from a run-up: during high jumping take-off’s, there are approximately 5 to 9 times bodyweight forces being transmitted through the contractile elements by elastic elements (Milan, 2010; Deporte, 1989). In other words, the tension from foot contact is propagated within the tendons and passive elastic fascial structures then transmitted to the contractile muscle. This occurs in a time of between 0.1 to 0.25 seconds depending on the approach speed. What is the likelihood that an individual muscle can add extra energy above 5-9 times bodyweight in that period? The forces these elastic elements are applying on the contractile elements are so high that an individual can barely add any more through active force production. It has even been postulated that once an individual runs faster than 4 meters per second, they cannot add any energy to the system (Bosch, 2014). For example, in jumping from a run-up the individual cannot push off or jump harder/higher, they can only redirect mass in a different direction – from horizontal in the run-up to vertical in the take off. This redirection relies on force reuse (energy recycling) rather than force production.

Let’s repeat the above in a summary, in a circumstance where force changes direction, such as jumping, one can just redirect force, not add to it.

The vertical and horizontal jump tests amplify functional problems in such a way that it looks like a performance problem. If you didn’t know the functional footprint you would see that every time they’re asked to hip hinge, extend, flex, control ankle mobility, performance is sub-par. Now that you do know the functional problems, you can see that such dysfunction and deficits are amplified as loads get greater. The word amplify should say a lot to the athlete, coach, parent, physician, clinician – Jenny has pain that may affect her output more as loads increase. Joe has a mobility restriction that limits his input to the nervous system and pre-loads his outputs – this is amplified as the demand increases. Bella has a functional problem (motor control) amplified, as opposed to a performance problem isolated.

If we only do the movement screen (FMS), we’re only looking at patterns. When we do the movement assessment (SFMA), we take those patterns with pain and break them down to their component parts to find out why the patterns aren’t competent to a minimum level, or are painful. When we do the capacity screen (FCS), we’re taking competent patterns and evaluating capacity of performance. Our overall objective is to find out whether our client has a broken or painful pattern that will be amplified by a performance task, or whether they have an isolated performance deficiency free of any pattern issue.

We’re looking for non-failure in each category.

A modern coach or clinician, working on a performance problem, should understand the five C’s – causative, contributing or complicating factors of pain, mobility and motor control, competency of patterns of movement and capacity of patterned movement. It is these C’s that direct intervention to maximise outputs. It is the first three C’s, “causative, contributing or complicating factors”, as they apply to motor control, that permits the SFMA and FMS professional to apply evaluation of regional interdependence, linking health and function across to the performance world.

It is thus easy to see that a simple performance capacity test reveals only the athletes most basic neuromuscular performance attributes. We should now understand that the test does not reveal whether the capacity deficit is due to ill health, mobility limitations or asymmetries, motor control or stability dysfunction or deficient performance capacity, until it has been evaluated to reveal the weak links.

In article four, we look at Brad with an isolated performance deficit. By screening him, then testing him, we see that his vertical jumping performance is supported by competent patterns with minimum levels of mobility and stability/motor control of parts.