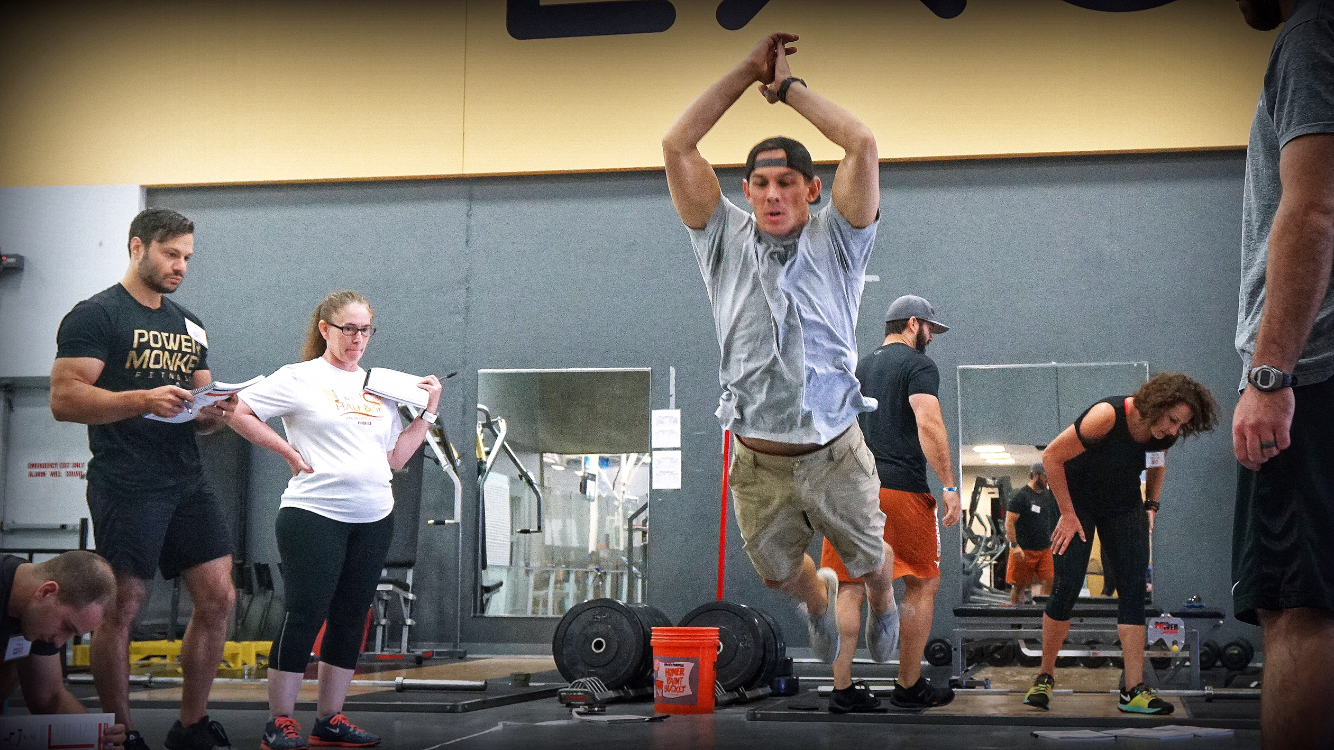 In Part 1 of this series, I looked at a client with ankle pain, revealed on functional screening and assessment, and the reasons it could cause, contribute to or complicate vertical jumping performance. The article sought to strengthen a sports science approach of removing assumptions as to deficits in performance. The central concept that supported the system of revealing such “parking brakes” to performance is known as regional interdependence. This concept is central to the Functional Movement Systems. Together with altered motor control, these two concepts may be argued as being pivotal in running and jumping sports performance. Further, it has been argued that motor control may be the limiting factor in running and jumping sports performance. Esteemed sprints and jumps coach, Professor of Motor Learning, Frans Bosch, has put such an argument forward. This article continues to explore the second main reason for explaining limited performance, supporting the following question:

Reiterating from the first article, four clients entered my facility with the same performance goal – better vertical jumping performance. Jenny, Joe, Bella and Brad all play in jumping sports – volleyball and basketball. How many of you would have given them the same jumping program? Many of us would. That is until we all united around the Functional Movement Systems. Although we come from different backgrounds and methodologies, we submit to systems and logic when it aligns with science and seeks practical simplicity.

In this second of the four-part series, we look at Joe:

Joe has an obvious restriction of his left ankle, with no pain. It’s pivotal that we understand why a limited dorsiflexion could cause, contribute to or at least complicate a vertical jump performance problem.

This difficulty of accessing the pattern of dorsiflexion may be a pre-load or complicating factor for vertical jump. A brief look at research highlights how restricted ankle range (dorsiflexion and plantarflexion) affects lower limb kinematics and motor control in triple flexion tasks like counter movement jumps, squatting, stepping down and landing. It is also clear that difficulty accessing the pattern of ankle dorsiflexion increases the risk of injury to the ankle.

It has been shown that when ankle dorsiflexion is limited, increased knee valgus, medial knee deviation, decreased quadriceps activation and increased soleus activation occurs in a bilateral squat (Macrum, Bell, Boling, Lewek, & Padua, 2012). Might this negatively affect a jump?

Let’s broaden our scope momentarily – what if Joe’s limited dorsiflexion is also seen in his ability to access ankle plantarflexion range? Could that affect his vertical jump? Research has demonstrated that restrictions in ankle plantarflexion mobility is associated with a reallocation of force requirements to the knee (Arakawa, Nagano, Hay, & Kanehisa, 2013). Further, the extent of use of plantarflexion, together with patterning at the shoulder at take-off, account for significant outputs in counter-movement jumps (McErlain-Naylor, King, & Pain, 2014).

The limitation in ankle dorsiflexion may influence force output as measured by a dorsiflexion-to-plantar flexion strength ratio. Smaller DF:PF ratios have been shown to be associated with a higher incidence of inversion ankle sprains (Baumhauer, Alosa, Renstrom, Trevino, & Beynnon, 1995). Dorsiflexion range is a strong predictor of injury in Australian Army recruits (Pope, Herbert, & Kirwan, 1998). It is also reported as associated with patellar tendinopathy in volleyball players (Malliaras et al., 2006).

Not making use of available force at the ankle because of ankle dysfunction is akin to running a car with the parking brake still applied, potentially contributing to breakdown, if not at least affecting performance.

Let’s just say we bypass the ankle mobility information we discovered in Joe and move forward to higher level testing. This is a common occurrence in performance arenas – moving forward before the athlete clears the fundamental prerequisites to the tasks we then ask of them.  Looking at Joe’s FCS findings below, the question we should ask is: when we see performance numbers lower than what we’d like to see, are these lower numbers amplifying a functional problem or are we seeing isolated performance problems free of functional and structural noise?

As far as mobility is concerned, we say that competency in the mobility tests exists when the physiological range of motion exists to adopt start and end positions of movements with body parts aligned for optimal expression of patterns. Such positions and patterns support efficient power. Joe did not have adequate range of motion. Inadequate physiological and/or accessory mobility negatively affects afferent detection of joint/tissue position. Inadequate afferent input leads to potentially inadequate efferent output, seen as less than optimal force production, absorption and elastic reuse of force. This is a performance deficit.

Even though Joe attends the facility with a goal of an improved vertical jump, the horizontal jumps are functional tests because of what they reveal, rather than what they look like or what direction we ask him to jump. The horizontal jump tests require more output from the ankle than do vertical jumps (Robertson & Fleming, 1987) , providing a more sensitive measure. The FCS shows us how the left ankle is contributing to decreased force production, energy storage and reuse in jumping. This is directly seen in the single leg leap and 2:1:2 bound.

When comparing the triple broad jump (TBJ) to the double broad jump (DBJ) and standing broad jump (SBJ), internal data at Functional Movement Systems indicate a minimum ratio of 110%. This figure reflects energy storage and reuse in the 2nd and 3rd jumps. At only 105%, it may be said that Joe is leaking energy from the system when he bounces forward into the 2nd and 3rd jump. A single leg hop reveals where that leak is coming from – Joe’s left leg. With an 8.5% asymmetry in the single leg broad jump, and subsequent leaking in the left leg 2:1:2 bound, we see how little the left ankle is contributing to force production, energy storage and reuse in horizontal jumping. Whilst 8.5% may not sound like a lot, athletic movement compounds problems. Think of compounding interest.

When the ankle mobility is significantly reduced, we’ve seen how this affects knee kinematics and muscle activation in squatting (Macrum et al., 2012). Might these changes also be relevant in a jump? At least one research study would suggest so. Approximately 50% and 36% of horizontal and vertical force production in jumping is contributed to by the ankle (Robertson & Fleming, 1987). Joe’s mobility deficit could indeed be contributing to a deficit in performance – until we address it, we can’t assume it isn’t.  Skipping past it to higher level testing just validated our need make sure the body is capable of performing the tasks we ask of it.

So we ask the question again: when we see performance numbers lower than what we’d like to see, are these lower numbers amplifying (identifying) a functional problem, or are we seeing isolated performance problems free of functional and structural noise?

By revealing fundamental dysfunctions, we reveal to you why we don’t address dysfunctions at the baseline of their function because of their vertical jumping goal – they all have the same goal. The goal of jumping higher explains to us that they’ve been having trouble jumping as high as they want. However, training for this goal by programming jumping is not the priority for the person who has pain instead or can’t access a crucial pattern. If they are hurting, they are a patient, not a well-functioning athlete with a deficient vertical jump. If they have significant limitations in mobility, below a level of competence, they are not a well-functioning athlete with a deficient vertical jump – they are a poorly functioning athlete unable to access key elements that support vertical jump performance.

Changing regional weak links to affect performance – how do we do it?

So, we arrive at an important consideration. It relates to whether a client is paying you to entertain them with vertical jumping workouts or whether they are paying you to achieve a goal. Surely both require that the subject matter is more important than the task. We need to provide our clients with something they consider to be valuable, because it’s our business, but we also need to demonstrate we “moved the needle” – that we got a response – that we removed hindrances to advancement – since that allows us to stand up and demonstrate we are the kind of professional we wanted to be when we entered the industry.

Moving the needle starts with finding out what category our client is in. This means, where is the needle starting from? For that, we use evaluations that reveal what category they are in. That category may associate with performance, function or health. A screen is a battery of measurements that first places you in a category that has a checklist manifesto running concurrent with that category. In simpler words, a screen tells us whether to systematically assess health, improve function to a minimum level, or test performance. When we test, there is a distribution or range of performance – everything from failure to the best we’ve ever seen. Within the test are confirmations that help you decide if the category is right.

Assessment can still tell us about disability or pain. With Jenny and Joe, screening and assessment reveal that the limiting factor to jumping performance starts with pain and limited mobility, until proven otherwise.

In article 3, we explore athlete number 3, Bella, with no pain, no mobility dysfunction, but motor control dysfunction.