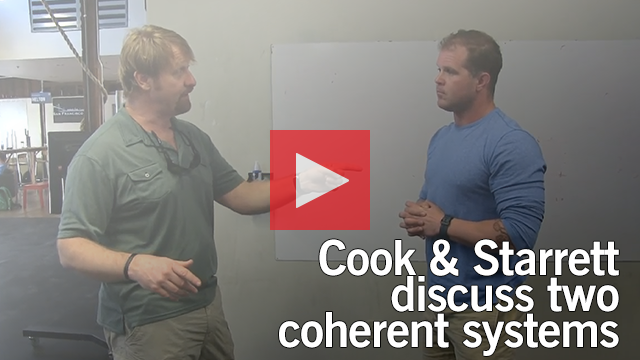 In January of 2014, Gray joined Kelly Starrett on the popular MobilityWOD blog to discuss movement principles, the FMS and reducing the risk of injury.

Kelly is in the top 1% in terms of the CrossFit community when it comes to considering programming with regards to movement quality. He’s made a living on the education and promotion of functional movement.

As you’ll see in the interview, Gray and Kelly did far more agreeing than arguing which got us thinking: Can we do a better job in advising FMS and SFMA? At times, it feels like there have been two distinct camps with very little co-mingling.

Gray also recently joined T-Nation.com to answer a series of questions about CrossFit, again agreeing with and even applauding more than you might expect.

While we may not always agree with some of the things that gyms do, as a community, we can look at it from a different perspective. Let's explore 4 truths about CrossFit and why it's not only possible, but imperative to incorporate FMS principles in CrossFit gyms.

Consider the following about CrossFit:

In 2005, there were 13 CrossFit gyms. Today there are over 10,000 CrossFit affiliates. Since its inception, they’ve been the most talked about form of fitness in the world and show no signs of slowing down. Check out these Google search trends: 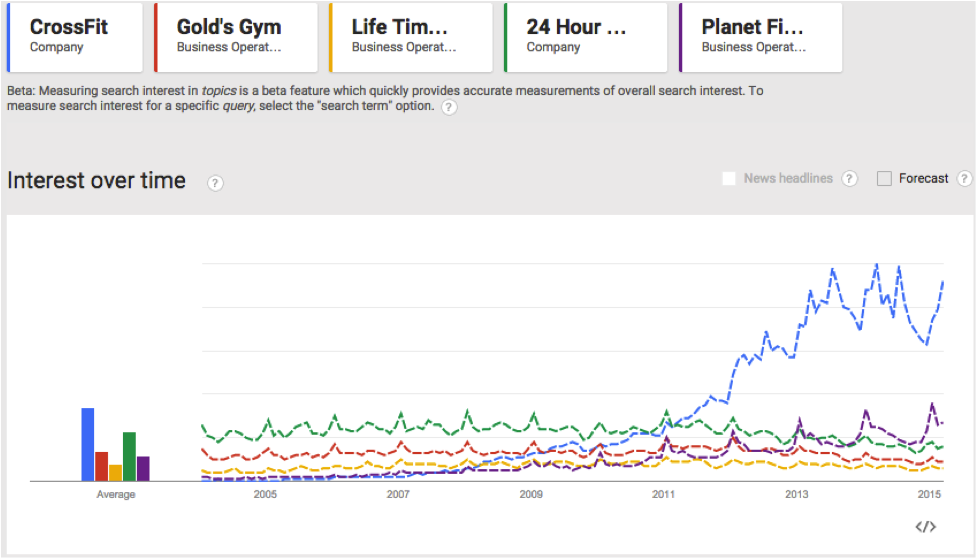 600 million CrossFit workouts will be completed in 2015. That number is expected to exceed 1 billion in 2016. The Wall Street Journal recently published an article about how big gyms like LifeTime Fitness and 24 Hour Fitness are rethinking their space-planning to be able to incorporate “CrossFit-like workouts.”

Maybe it’s time to think about how we can better work WITH CrossFit.

2) The CrossFit that you see on TV should look different than the CrossFit in your gym.

At least we hope this is the case. While the ESPN partnership for the CrossFit Games has been terrific for awareness, it has also helped perpetuate some of the most vicious criticisms of the brand.

If you’ve been trained in Olympic Lifting, some of what you see in the CrossFit Games will make you cringe. Our community who is versed in the FMS and SFMA is aware that loading a dysfunctional movement pattern is both detrimental and dangerous. As Gray is fond of saying, “Loads are like hitting save on a Word document. I’d like to improve a movement before I hit save.” 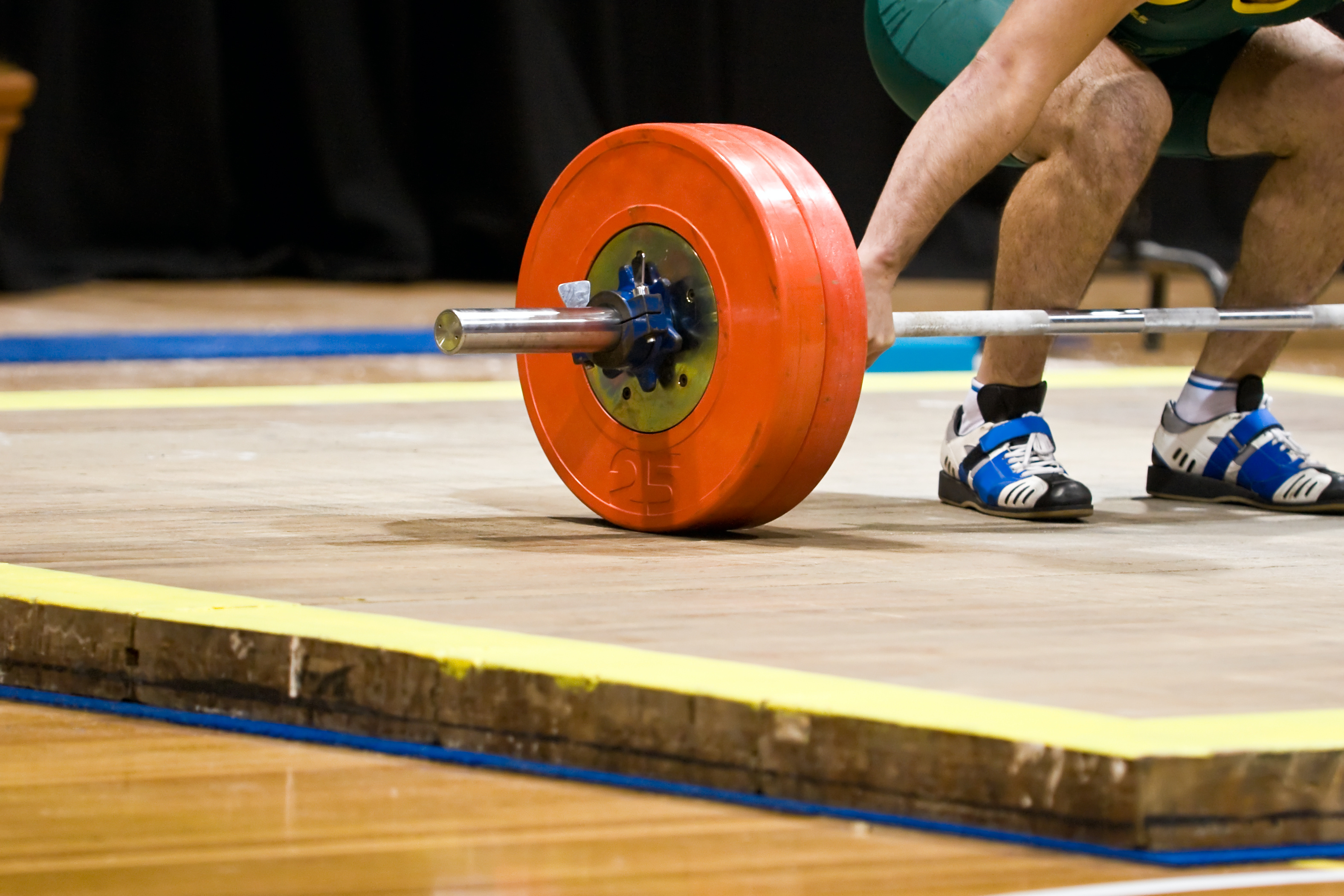 Due to it’s popularity, “CrossFit” has become a sort of eponym for any high intensity interval training that incorporates Olympic lifting, gymnastics and plyos. As such, they’ve been blamed for workouts and competitions they’ve had nothing to do with.

But we know that the Olympic Lifts are highly technical and need to be practiced in a controlled environment.  Additionally, they aren’t for everyone.  As Dr. Stuart McGill said recently in an interview with T-Nation,

“Olympic lifting must find the lifter. Not the other way around given the special anatomical gifts needed to lift with efficiency and injury resiliency.  The flexibility required in the hips and shoulders in many cases is a gift from your parents. No matter how much stretching is attempted, some will never have the hip and shoulder socket anatomy to deep squat and support a bar overhead. But they will try, and their compromised form will create substantial injury mechanisms.”

Sometimes it's difficult to give the requisite attention in a group fitness environment, but an FMS Certified trainer could start by implementing the screen to determine who is even physically capable of beginning to learn the proper technique. [Spoiler alert: more on working with groups next week.]

3) The injury history is bad, but maybe not as bad as you think.

CrossFit affiliates are independent and, therefore, it’s difficult to collect injury data. However, reports are beginning to surface.

A recently published peer reviewed paper found that 97 of the 132 athletes who responded to an online survey reported incurring an injury while participating in CrossFit. That’s a 73% injury rate, which looks disastrous. However, on a per hour basis, CrossFit’s injury rate is 3% per 1,000 hours. That’s a rate that’s comparable to similar sports as powerlifting and Olympic lifting. It’s also on par with injury rates associated with “general fitness.”  Some studies suggest that even runners have an injury rate of 4% - 12% per 1000 hours.

Either way, if you’re a medical practitioner (SFMA) and you knew that data suggests that almost three in every four CrossFit participants would suffer an injury at some point, wouldn’t you want to have a relationship with that gym?

4) Not all CrossFit gyms are equal.

Because CrossFit gyms are independently owned and operated, it's not uncommon for gyms in the same zip code to have noticeably different practices.  For every gym that foolishly prescribes Continental Cleans to a group of weekend warriors, there multiple gyms that respect the tenets of fundamental movement.

Furthermore, to our knowledge, there is nothing in CrossFit’s franchise agreement that would prohibit gyms from adopting strict, objective criteria for introducing athletes to Olympic Lifts or gymnastics movements. 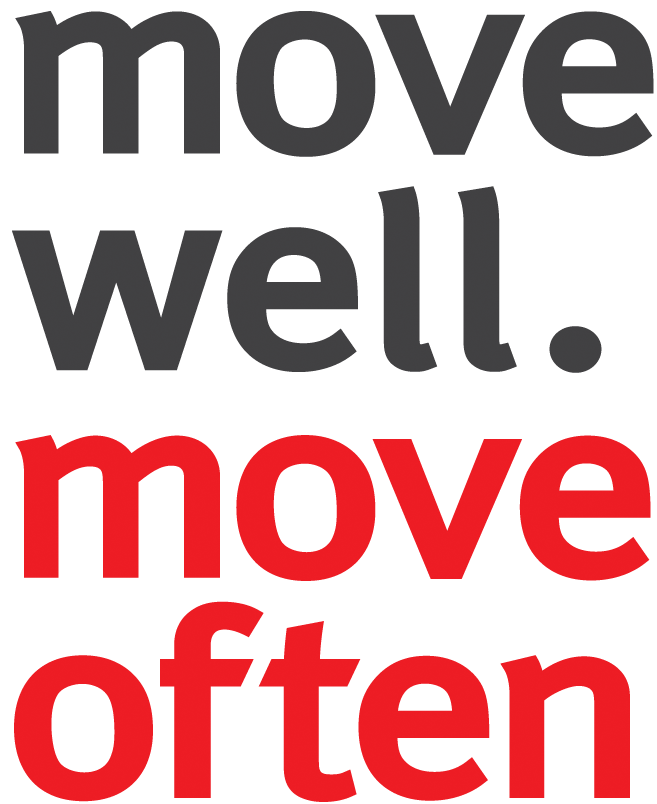 We recently spoke with Kevin O'Malley, an FMS Certified trainer who has runs one of the most successful CrossFit gyms in his region - both in terms of competition and membership - has been able to build his business using the principles of FMS.

CrossFit and Functional Movement Systems have both influenced the industry in so many ways, from how gyms are designed to how athletes are progressed. I don’t think anyone can doubt that CrossFit has helped encourage people to Move Often, but it’s our responsibility to teach them to Move Well. Our hope is to implore the FMS and SFMA community to see a popular fitness movement as an industry opportunity (if not responsibility), not an eyesore.