What I Look for in an FMS Score 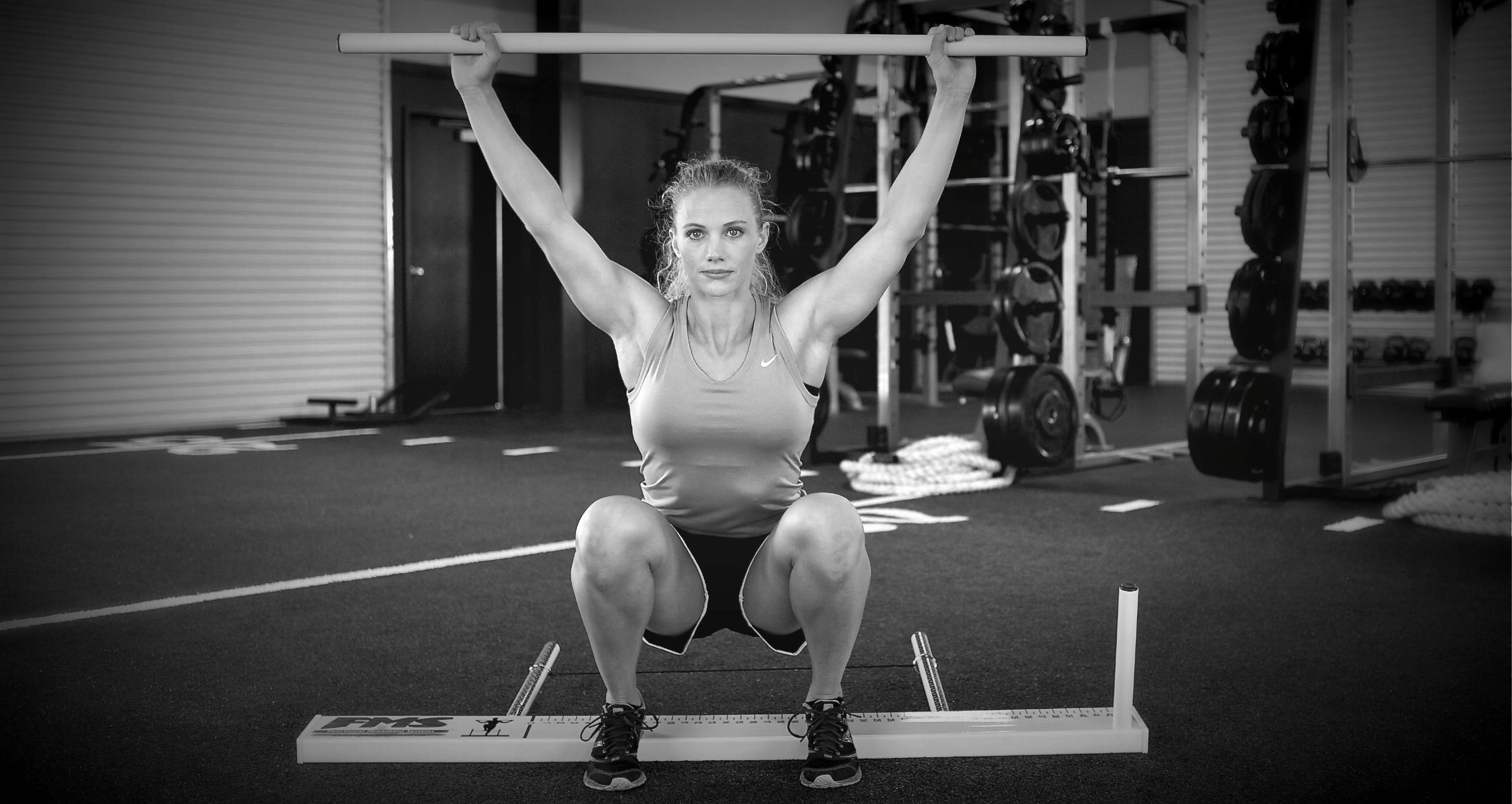 "What do you look for in a Functional Movement Screen score?"

That’s probably the most frequently asked question I get about the Functional Movement Screen.

So what does Gray Cook look for when he screens?

I look for zeroes on the movement screen.

I don’t care whether I’m in SEAL training or at a boy-scout camp, I look for zeroes on the movement screen.

There’s an impressive fail rate on the FMS due to a movement pattern provoking pain. We’re not saying delayed onset muscle soreness or general stiffness. These are people who are actually somewhat surprised by pain that accompanies movement patterns that most toddlers can do.

Think about that . . . When I tell you we’ve got about a 20% fail rate due to pain, realize that most of these people have passed a pre-participation medical physical. They have been medically cleared to move at will, while having pain in a movement pattern that requires normal movement with loads not exceeding bodyweight.

A pre-participation medical physical is a lot more about the eyes, the ears, the nose and the throat than it is about movement. But what are the majority of injuries going to be?

We’re going to have the few kids every summer who have a heart attack while playing football. That’s tragic. That’s also why we screen blood pressure and pulse.

But, how many are going to blowout their knee so badly they never get to interact with sports again? Why aren’t we screening movement? How many will roll an ankle and return to sport before rehab goals are met.

If the Functional Movement Screen had no scoring system whatsoever and all it did was identify people who have pain with movement (before movement is imposed through sport or activity), I still think it has great value.

That 10-minute investment is worth it because my daughter might be one of the ones we catch.

When there’s pain on board, the SAID principle (Specific Adaptation to Imposed Demand)—all the benefits we think we’re going to get from exercise—are inconsistent and unpredictable. It doesn’t mean you can’t suck it up. “We’ve got 60 seconds left. Suck it up.”

If the back of your knee hurts every time you go into a deep squat and my solution for that is “don’t go so deep,” the motor control is still distorted in that pattern, whether you bump up against your barrier of pain or not.

We’ve got to look at movement health first. If you’ve got pain when you move, I don’t even know if you’re healthy. It doesn’t mean you’re not fit. You can appear fit and be very unhealthy. A positive impingement sign on your shoulder, pain in your low back on a prone press-up or ankle pain in a lunge . . .that’s a health problem until a medical professional tells me it’s not.

I’m not trying to be over-cautious. I’m saying the disregard/lack of movement health is why we’ve got so many injuries.

It’s even why exercise in itself is a risk factor now. Exercise shouldn’t be a risk factor. Competition and tactical operations should be risk factors because we can’t fully control those situations.

People say, “You’re trying to do injury prevention in the NFL.”

The NFL has a 100% injury rate. Everybody who has that job gets hurt. We’re talking injury management. Knowing how somebody moves before they get injured is very important.

We now look at cognition before exposure to concussion, but we don’t look at movement before the injury.

First, there are people in pain who are telling you they’re ready to train. They’re getting ready to hurt your stats (and themselves) because pain is inconsistent and unpredictable. Second, setting a baseline we can revisit, when we know people are going into risky endeavors, is absolutely responsible.

Now comes the area of debate. I said in the beginning of the Movement book “First move well, then move often.” It’s a very curt statement, but if I don’t define well, then all I did was create another problem without a solution.

What we tried to say is in these patterns, if you get a 1 on the movement screen, it means you cannot complete the pattern at one bodyweight, so my hypothesis is that the medical physical is not getting the pain off the board.

Pain is a huge and probably the biggest risk factor we’ve got.

Next, a logical baseline makes more sense than the absence of a logical baseline. I tried to take a stand with the movement screen and said that with dysfunction, you are probably not going to respond well to performance enhancement measures and may break down quicker with respect to fatigue and/or even injury than those patterns.

We get into 2, which is acceptable and 3, which is optimal.

I don’t have a statistic that says one is better than the other from a durability standpoint (except in very specific environments, but that’s for a later discussion.)

I think any good strength coach would tell you if somebody’s at a 2, I’m going to try to create the biggest buffer I can. I know what’s going to happen over a competitive season. It’s a war of attrition. We expect them to move.

I think movement could be a good recovery biomarker. If somebody’s got an 18 on the movement screen and we beat on them for three days and it becomes a 12, this might not be a good day to go heavy even though the schedule says the guy should go heavy. I would love to start seeing information like heart rate variability and breathing efficiency on that movement counterpoint.

I am much more open to criticism on the top end of the movement screen than the bottom because we’re finding pain in populations who say, “No, I’m pain free.”

“You’re pain free when you’re not squatting, but how about when you are squatting, because that position is going to occur in our training program 300 times before Saturday?”

Get the pain off board and set a responsible baseline. Even if we didn’t have a scoring system, I would still be a huge advocate for those two pieces of information.

When people do research on the Functional Movement Screen, the one thing we tell them is to pull out the zeroes before you even do your study. Those people are already hurt. Letting them into the study doesn’t really help us see anything.

Pulling the people who are already in pain out of the study and seeing if 1s break down quicker than everybody else, now that’s the study.

I’m not saying the movement screen is beyond criticism, but a lot of the criticism has been from the assumption that a 3 is better than a 2. It’s not. It’s not at all. It only works one way. It works from the bottom. It doesn’t work from the top. When your eyes go across a FMS score sheet—0s. The next thing you’re looking for are 1s.

The competitive difference between a 2 and 3 on a pattern in the FMS is probably best seen in different environments, whereas a zero or 1 is detrimental in any environment (when compared to those without a zero or 1).

I can’t talk scoring without discussing the asymmetry issue. If we define a 1 on the movement screen as dysfunctional, a 2 as acceptable and a 3 as optimal, then there are three different ways we can have an asymmetry. We can have a 1-3 and a 1-2 or we can have a 2-3.

We see a lot of throwing athletes with that 1-3 asymmetry. We start

doing correctives and get them to a 2-3, but they never get a bit better because as long as their livelihood is asymmetrical movement, we’re going to see that asymmetry. Plus, we’ve got somebody who’s probably been throwing most of their life, so we’ve got some bony remodeling there.

Our operational orders are:

Pull out the zeroes. They need further assessment.

For 1s, don’t load the pattern. Make a valid attempt to try to correct the pattern before you load it. If you fix the 1, you may stabilize an asymmetry or at least move it into a safe range. If you make the 1 go away, you’re there. We look at athletes all the time who have left-right asymmetries. You give me a discus thrower, a javelin thrower or somebody who makes four left turns really fast, they’re going to have asymmetries.

Here’s where we run into a problem in the United States. Athletics have always created subtle asymmetries, but in the US more than anywhere else, we put symmetrical loads on asymmetrical athletes. If you’re a sprinter and you’re from Jamaica, and if you’re extremely fast and you don’t feel like lifting, you don’t have to lift. It’s not really something a lot of other cultures are adamant about. If you’re naturally gifted, then everybody is very conservative in the things they introduce.

When we see somebody with a left-right hip asymmetry (because they’re a hurdler) go deep in a squat, they’re going to shift. The question you’ve got to ask: Is this asymmetry an occupational hazard? Do I correct against it, but I don’t load into it? Because there are a lot of loads I can put on a hurdler that will never make them shift.

If I think about dealing with this shift in a back squat, why don’t I do a split squat? And why don’t I load them up front and keep that spine up and let the asymmetry show through as, “I’ve only got eight repetitions on this side and 15 on this side?”

If we see athletes break down with an asymmetry, it could be because of what we’re doing to it.

However, if you’ve got a dysfunction on one side and optimal or acceptable on the other side, I attack it—not because it’s an asymmetry, but because it’s a dysfunction. I find that’s a cleaner way to teach it. It gives people less operational latitude. Address the 1s. On our very first two patterns, if you score a 1 in every test on the FMS, I’ll tell you to go for the Active Straight-Leg Raise first. It levels the pelvis and it changes quickly.

The leg raise and shoulder mobility are the first two things we take off the table. The next thing is the rotary stability. That will check motor control. Next is the push-up. Everything off your feet takes priority, so if you’ve got a 1 on everything, even a 1 on the squat and a 1 on the lunge, I’ve got more of a chance to change those by working on your leg raise and shoulder mobility than I do a full frontal attack on the squat. There are bricks and mortar that go into that. 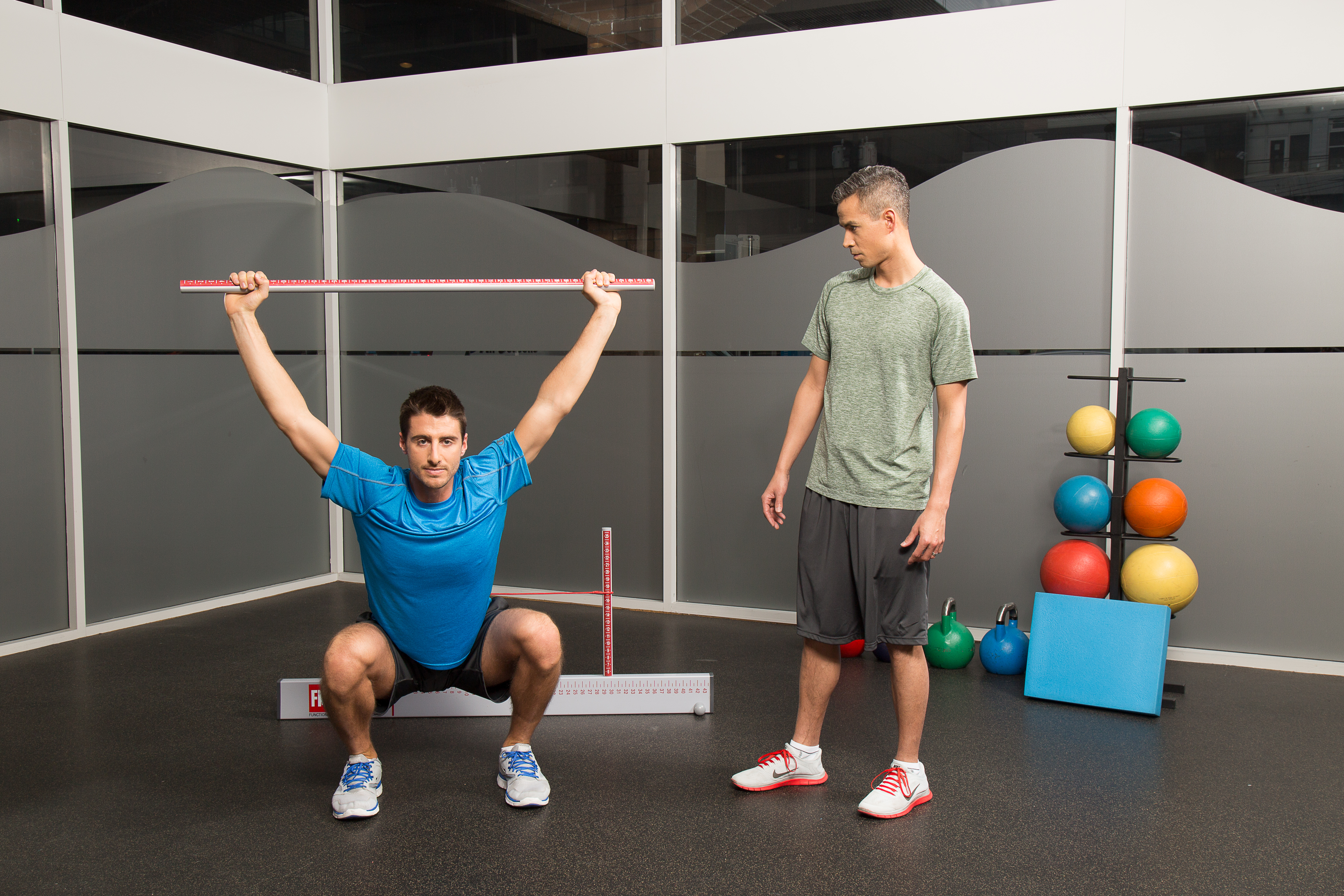 Work that screen from the bottom up and you’ll literally save time.

The question that commonly follows is: “Then why do all seven tests?”

We’re really arguing over about 7.5 minutes to do the other tests, but once again, we’ve got other opportunities to provoke pain while also setting a full baseline.

I still do the whole screen for the provocation and baseline value. Don’t take a partial baseline when you have an opportunity to take a full baseline because your own internal stats are going to actually tell you where your next best efficiency movement is.

The rule here is to never assume anything; remain hyper-vigilant and always know as much as you can. When you look at the investment of time and the continuity, you’re always going to wonder what those other patterns were.

It’s just better to know. That way, you can start seeing change. 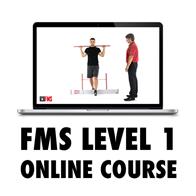 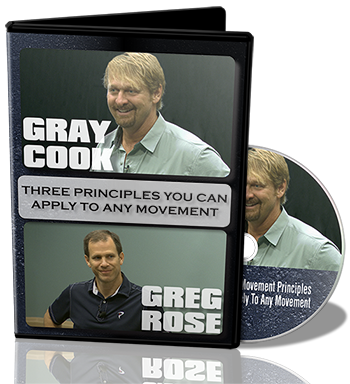 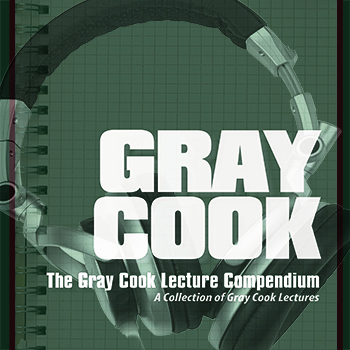