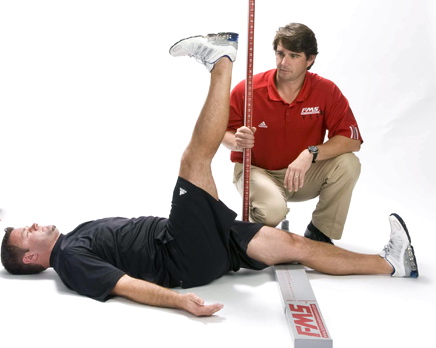 The Functional Movement Screen was developed in its current form over a decade ago and has gained support in the fitness community as a way to efficiently screen and develop a corrective exercise program to improve movement patterns. As the tool has gained in popularity clinically, research has begun to be conducted that has added to the support of the screening tool. Current research on the Functional Movement Screen suggests that the test is a reliable way to objectively measure fundamental movement patterns that are modifiable and indicative of an elevated likelihood of sustaining a musculoskeletal injury.
Reliability of the Functional Movement Screen has been established between and within raters across multiple studies examining the 21 point screen (Minick et al., 2010; Frohm et al., 2011; Onate et al., 2012; Teyhen et al., 2012; Gribble et al., in press; Smith et al., in press) and the newly developed 100 point screen (Butler et al., 2012). These studies have revealed high reliability between raters who have been trained in the Functional Movement Screen, even with minimal training (4 hours) using videotaped as well as real time scoring methods. At this point, the 21 point test is recommended for fundamental screening purposes and corrective exercise prescription and can be used reliably between individuals who are trained on the screen. The use of the 100 point FMS has been recommended in a research setting to improve precision of the screen but it has yet to be utilized in an injury prediction study (Butler et al., 2012). An initial analysis suggests a strong correlation between the 21 point and 100 point FMS (r2= 0.52, unpublished).
Normative values on the movement screen have been established in active adult populations (Schnieders et al., 2011, Bhk et al., in press). These studies have also been helpful in understanding what individual characteristics may be related to FMS composite scores in the population. The average score in 20-40 year olds is approximately a 15 when combining the data from the two studies. Bhk and colleagues also tested older individuals and observed approximately a 1.2 composite decrease for the 50-59 year old group and an additional 1.2 composite decrease for the 60+ group.  Both studies did not observe any nominal difference between males and females. However, BMI was reported to be a significant factor as related to FMS composite score. Bhk et al. reported individuals with lower BMI exhibited approximately a 2 point improvement in FMS scores. This finding is supported by the work of Duncan and colleagues (2012) that reported that both BMI and physical activity were predictors of FMS scores in elementary aged children; however, BMI was the more dominant of the factors. 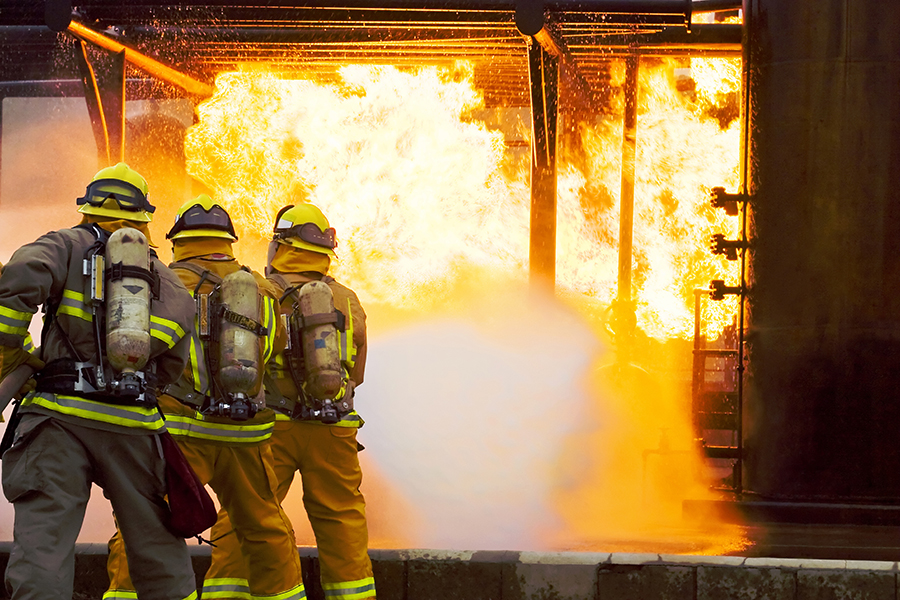 Validity of the Functional Movement Screen as an injury screening tool has been established through the use of an evidenced based cut off score as well as identifying the presence of an asymmetry during the testing. Three studies have utilized screening statistics to establish the cut off score of <= 14 as being appropriate to identify individuals who have greater odds for sustaining an injury (Kiesel et al., 2007, O’Connor et al., 2011, Butler et al., in press). Odds ratio in these studies have ranged between 2.3-8.3 in professional football players, basic training soldiers and firefighters in training. All of these studies utilized the cut point of <= 14 (Kiesel et al., 2007, O’Conner et al., 2011, Butler et al., in press).  One additional study supported

these findings in college athletes however the positive likelihood ratio was not significant (Chorba et al., 2010). Additionally, one research study has validated that the presence of asymmetry on the FMS is associated with an elevated risk for injury in professional football players (Kiesel et al., in review). Other research examining the cut score of the FMS has suggested that failure on the FMS, operationally defined as <= 16 in this study, in firefighters was strongly associated with an injury in the previous year (Peate et al., 2007). The finding of a significant difference in FMS scores in those with a prior injury was not observed in active adults (Schneiders et al., 2011). The difference between these studies is likely associated with the difference in the common magnitude of injuries in firefighters as opposed to a general population. Future research is needed with large sample sizes in additional populations to understand what factors on a movement screen are relevant to identify individuals with an elevated risk of injury as well as understanding how additional tests (i.e. Y Balance Test) assist in identifying athletes with an elevated risk of injury.

While establishing the clinical validity of the screen is beneficial, it would have little clinical relevance if performance on the Functional Movement Screen was not modifiable. Three studies have reported that scores on the Functional Movement Screen can be improved with a 6 week training program (Goss et al., 2009, Cowen et al., 2010, Kiesel et al., 2010). Improvements in the composite FMS score ranged from 2.5-3.3 on average. It was interesting to note that in one study low performance on the deep squat (FMS DS = 1) was strongly associated with lack of ability to improve an individual’s score beyond the threshold that identified an elevated injury risk (Kiesel at al., 2010). An additional point of interest from this study that was no matter what subtest of the FMS was focused on for the corrective exercise progression, the largest improvements in scores were observed in the core stability tests. One study (Frost et al., 2011) has reported that FMS scores did not change across a twelve week program in firefighters in comparison to a group of firefighters who acted as a control. Differences in this result may be related to nuances in the interventions. That being said, it is likely that not all corrective exercise programming or strength and conditioning programming may results in a change in FMS scores. Research on various models of retraining has suggested that individualized attention to form and correct movement in youth basketball players can lead to greater improvements in the FMS across a standardized training period (Klusemann et al,. in press).
It is often asked how performance on the fundamental movement screen correlates with performance. To date, multiple studies have correlated performance on the Functional Movement Screen with measures of core stability and performance (Okada et al., 2010, McGill et al., in press, Clifton et al., in press). The primary take home message across these studies is that a single performance effort is not strongly correlated with FMS scores. It will be interesting to observe if this relationship is altered with the 100 point scoring system. Itwill also be interesting to see how FMS scores are related to physiologic training load to examine a potential factor related to performance durability. With large enough samples, it will also be possible to adequately examine the relationship with scores on each of the tests to see how these independent scores may also be related to performance durability. 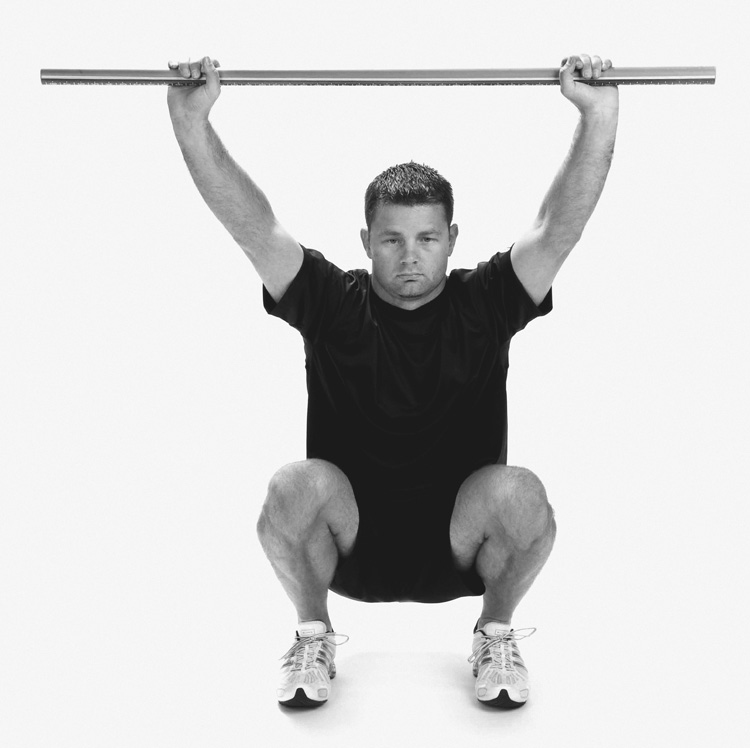 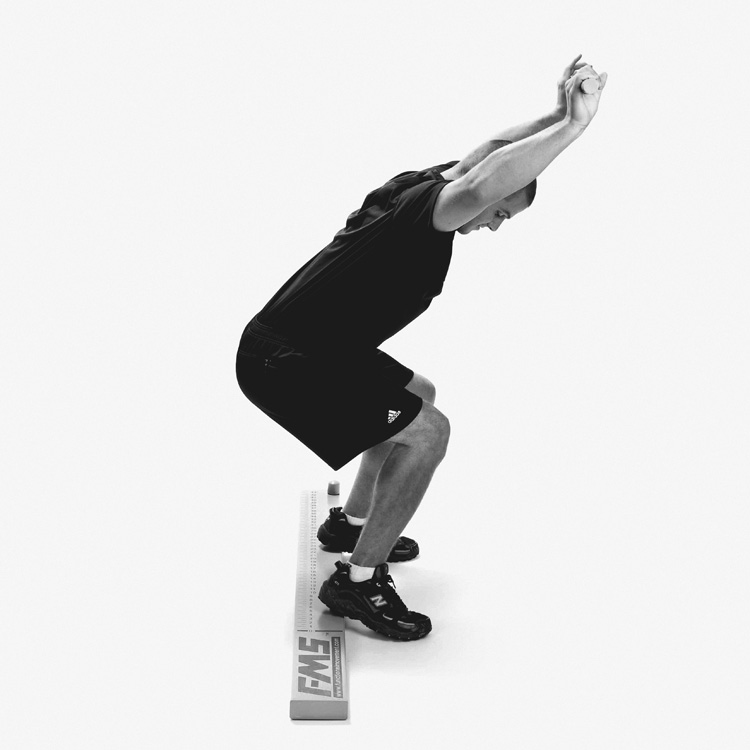