The Relationship Between the FMS and Injury Risk

Is the Functional Movement Screen Reliable?

In a systematic review of 12 Functional Movement Screen reliability articles, the authors state “There is a ‘moderate’ level of evidence in favor of acceptable inter-rater and intra-rater reliability for composite scores derived from live scoring. Ratings made from live observation were superior to those made from viewing of video recordings. Moran et al BJSM 2015

“On the descriptive level, results suggest that the FMS is a reliable screen, if the rater is educated and has solid experience (greater than 100 trials).” Kraus et al J Strength Cond Res 2014

Before we dive into discussing some misconceptions about the Functional Movement Screen, let’s start with a few principles so we’re on the same page.

When the first research was done on the Functional Movement Screen, it was clinically noted that athletes who scored 14 or below tended to get injured more than those that scored higher. While the Functional Movement Screen composite score was initially used in injury prediction research, the raw score on the individual tests is more important. That is to say, you should not have any 0’s (pain) or 1’s (can’t perform a fundamental movement pattern) on any individual test. But guess what, if you have at least 2’s on all 7 tests, you already have a minimum of a 14 - which might explain why the composite score of 14 has received so much attention.

Remember, the Functional Movement Screen is a filter. What are you trying to catch with this filter?  We are primarily interested in catching pain with movement as well as the complete inability to perform a fundamental movement pattern.

The purpose of the Functional Movement Screen is to:

What are major problems? In order of priority, they are:

We also need to remember that the Functional Movement Screen is PART of a system that includes a movement-based diagnostic assessment performed by healthcare providers (Selective Functional Movement Assessment) if there is pain or injury as well as testing designed to examine functional symmetry (Y Balance Test Upper and Lower Quarter).

Is the Functional Movement Screen a good screen? Our immediate question should be: “For what purpose?”

As summarized in this table, eleven studies found some relationship with FMS and injury in American Professional Football, collegiate athletes, military officer candidates, US army rangers, firefighters, and male competitive runners (ages 18 – 24). Four studies (table) did not find an association between FMS and injury. Two of those studies had substantially flawed methodology (see comments). In meta-analysis completed by Dorrel et al (2015), the FMS provides adequate specificity (85%) and low sensitivity (24%). This basically means that if you have a low FMS score, you are more likely to get hurt. However, having a high FMS score does not protect you from injury.

Since the Functional Movement Screen was not intended to be the ONLY factor used in injury prediction (current research clearly tells us that injury risk is multi-factorial) Lehr et al used the Move2Perform injury prediction algorithm to categorize injury risk using components of the Functional Movement System. This went beyond simply looking at the FMS composite score.

The following evidence-based components (risk factors) with various weightings and interactions were included in the algorithm:

When multiple risk factors are used in combination, the injury prediction results become more robust. To give an example of how the algorithm categorizes athletes:

Bottom Line: Professionals should utilize multiple risk factors and weigh those factors when determining and managing individual injury risk. Using a multifactorial injury risk algorithm that weights pain first and then multiple aspects of other factors such as (Injury History, Functional Movement Screen, Y Balance Test Lower Quarter) is recommended. Intervention and resources should be matched to the appropriate category.

*Note that researchers have found that being in the Normal Risk Category may be a protective factor for injury.  Striving for this category is a worthwhile goal.

There is pain with testing (injury) or substantial dysfunction. This requires one on one evaluation (Selective Functional Movement Assessment) and intervention with a health-care provider. Re-testing to ensure lower category is key.

Depending on your medical history (likely to get injured and no one in the normal group was injured (high sensitivity = 1.0).

To be clear, someone in the normal category had an injury/surgery recently or multiple injuries?) and your current circumstances, you need one on one intervention with either a strength and conditioning or medical professional. Re-testing to ensure lower category is key.

This is a warning sign, you may not require one on one intervention, but you should be actively working with your medical and strength and conditioning professional, modifying your lifestyle, and re-testing regularly.

The Functional Movement Screen results relate to how the person will perform under load or in competition.

Remember, the goal of the Functional Movement Screen is not to measure sport performance. So the research studies that are trying to see if it relates to performance really don’t make much sense. It is similar to looking at your RPMs on your tachometer. Physical and sport performance is also highly variable, so it’s difficult to compare athletes of different skill levels. One study did find a relationship of the Functional Movement Screen score and the potential for performance improvement in elite track and field athletes (Chapman et al 2013). If you have a quality foundation, you may be able to build better performance given the presence of that quality foundation.

Further, if someone does indeed pass the Functional Movement Screen and Y Balance Test, that he/she can still be at risk of injury because of poor landing mechanics, strength, endurance, poor agility, or power. Evidence-based group injury prevention programs can be highly effective for this person. Also, if he/she has passed, at least you can know that he/she possesses the basic motor control that makes in possible to improve those higher-level performance measures that they are striving to achieve.

Many of the misconceptions about the Functional Movement Screen relate to using a tool to perform something it was never designed to do. The FMS was not designed to:

For more on FMS Research - Check out Dr. Rob Butler with
"What the Research Tells us about the Functional Movement Screen" 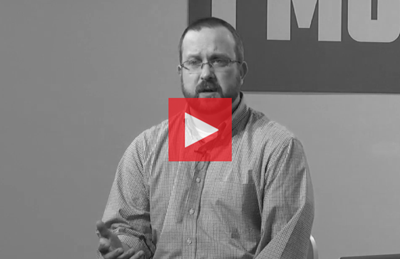