Paleo Plus: Rethinking Diet and Exercise

I often parallel nutrition and exercise: I believe that the evolution and development of modern exercise mirrors that of nutrition, except that exercise is always about 15 years behind.

I love to ingest, peruse and educate myself on the latest trends in nutrition, which are certain to ebb and flow. That said, I do think the most forward-thinking nutritional advisors in our culture operate by a certain set of principles—historically represented and simply practical. Think Michael Pollan.

As long as the new methodology sits comfortably with those principles, then I think we’re onto something. If we go into nutrition without regard for the fundamental principles of human metabolism and our interactions with our internal and external environments, then we’re just promoting a “one size fits all” or “magic bullet” strategy. Again.

If we were to observe more natural or holistic eating—both in style and substance, we might be better off. It’s not just what we eat but also how and when we eat. As far as establishing balance in the system is concerned, intermittent fasting is probably almost as important as what you eat.

The things you put in your body are vital and extremely important but the way in which you put those in your body, I think is equally as important.

I like the current interest in the art of elimination, as often espoused by a Paleo diet or lifestyle. The interest in elimination has changed marketing. Products aren’t just telling us that they have Omega 3’s and fiber. They’re demonstrating that they are devoid of hormones, synthetic additives, dyes, gluten and trans fats.

The supplements seemed to have benefits and research took off (and hasn’t stopped.) We’ve learned that if you give a supplement to someone with an obvious oversight, deficiency or other impairment in their diet, then any supplementation, by default, will appear to be a benefit when really all it’s doing is meeting a deficiency. It’s removing a negative, but not adding a positive.

Why was the deficiency there in the first place? 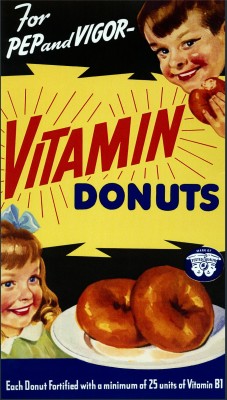 The mindset of the past was, “Let’s take crap and add good things to it.” The current trend (hopefully) is to find authentic things and remove all those things that are unnecessary. Unfortunately, it goes down to greed and marketing. The minute they know what we’re looking for, they will engineer a cheap and less-than-wholesome way to feed our curiosity.

Michael Pollan does an excellent job of this in most of his books by simply saying (my paraphrase),Eat whole, real food from clean, local sources as much as possible and enjoy the level of variety that makes you feel best. One of the realities underlying a Paleo approach to eating is the elimination of so many foods that are not local, not whole or not authentic.

Is there a take-away lesson for the way we move in exercise?

I was already a fitness-and-rehabilitation professional when elliptical machines entered the scene. Many of my counterparts jumped on the fact that there was about 20% more gluteal activity and no impact on these devices. Even though these represented a great way to exercise for people who did not respond well to impact or who wanted to do their exercise in a stationary place while watching TV, the elliptical machine offered something different than the treadmill and stair stepper.

Did it make us better? Did we generate elite runners, fit hikers, great cross-country skiers and cyclists because ellipticals were invented? Or was it just another variety of a way that we could ambulate with training wheels? We got the temporary benefit of the metabolic load, but did we stand straighter, stride cleaner and walk with less biomechanical errors?

Whether you remember the Atkins diet and the South Beach diet or you’re a fan of Paleo, each one of these asks you to eliminate much more than you add. Many of us enjoy Paleo foods every day. It’s the other stuff that we wrap around them or put in front or behind them that complicate the issues. Synthetic foods, extra grains, poor quality dairy products, refined sugars and the dependence on energy supplements have all created complications.

We can’t clearly see if a Paleo approach is really helping us because of what it adds or what it eliminates but I think common sense would tell you that the elimination load is greatly more than the addition load. New foods aren’t being introduced. They’re just being made more of a staple with less synthetic enhancers. Right? The sandwich without the bread is called a meat salad. I think the current science in nutrition has instructed us that the elimination of non-authentic food and the elimination of habitual grazing are both going to help us.

Intermittent fasting along with whole authentic food that requires preparation can enhance your life. Add in a few psychological bonuses like a cheat day and you may be well on your way to a nutritional life plan that feels less like a diet and more like a cool way to exist.

Wouldn’t it be nice if we could get exercise to that state? 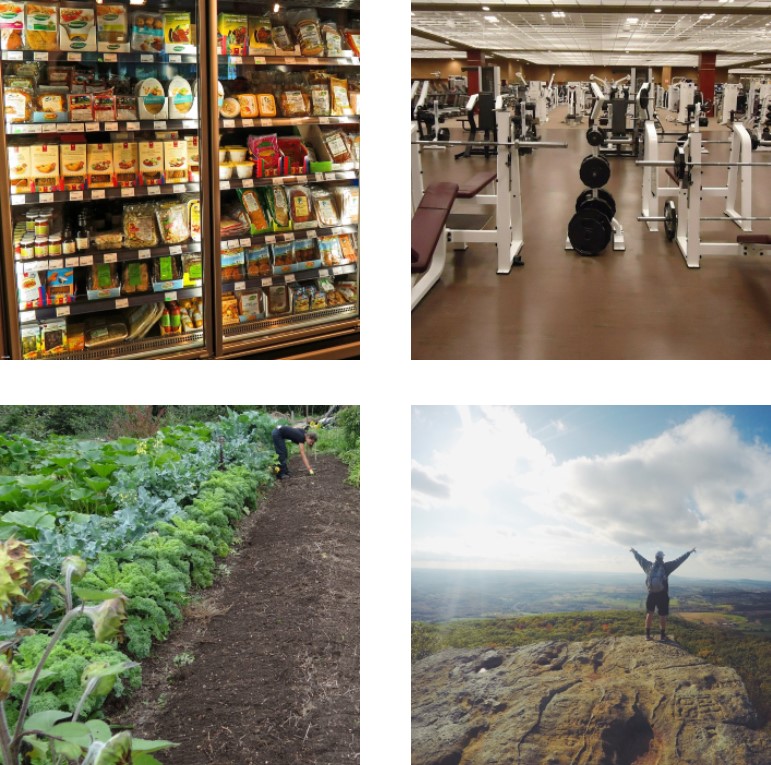 There’s a good general path in exercise just like the one I described in nutrition. But that nutritional path won’t help everybody because some of us have deficiencies. These deficiencies aren’t necessarily because the whole foods are lacking; we absorb nutrients and vitamins at different rates depending on our genetics, our environment, our stress level and our age.

Isn’t exercise the same way? Absorption rates may vary. One person loses weight with kettlebell swings and the other loses their back. What would the process to help you achieve a great diet look like? First, check and see if you have any deficiency. Most of us will probably have a deficiency somewhere. Then, follow as many of the general principles as possible.

After about eight-to-ten weeks, recheck those deficiencies and see if a good, general approach addressed the issues. For some, those issues will still not be addressed. On top of the good general nutritional principles you’ve adopted, you may have to supplement due to a previous disease or other factors that could interfere with natural absorption of vital nutrients.

That statement carries over to functional exercise. If you find out through the movement screen or some other assessment that you’re not functional, first follow some good general principles of functional exercise. I think we each have a pretty good idea of the exercises or activities that may cause us difficulty.

Some cause pain and some cause a significant amount of soreness or tightness (far beyond the normal muscle fatigue that we enjoy) after the workout. Maybe these are red flags—our body’s way of communicating that we may have overdosed the experience or compensated our way through what we thought looked a lot better than it did.

Unfortunately, we’re at the point in exercise evolution where we’re still in the 1980’s and 1990’s. We’re consistently looking to add a supplement before following general principles that would easily produce better function. If we follow those general principles and still don’t have a positive experience, there is corrective exercise—the supplementation in the exercise that’s equivalent to the protein shakes and multi-vitamins we often use to hedge our bet or improve our absorption.

Unfortunately, I see the Functional Movement Screen and other functional movement practices being labeled as ‘bad’ because they ask you to eliminate something from your workout.

There are two logical reasons for eliminating something.

Where’s the fear in learning? I think the number one fear in sports performance and strength-and-conditioning is that somehow you will lose a performance edge, but how? Are we testing performance on such a frequent a basis that we can see all of those environmental factors that would interfere with performance?

Most people who are serious about performance plan to peak at a certain place, which means that we can follow their performance on a graph very easily. If you took a more functional approach and noticed a huge dip in performance, you could take action on that dip so quickly as to keep it a mere blip on the graph.

I think the fear of giving up performance time to regain authentic movement and a good functional base comes from a lack of objectivity and a lack of frequent testing. If I’m not helping you meet your goals or all of your goals, I’ll be the first to know. I’m watching the gauges in a systematic and objective way. This should not be the exception—it should be the rule.

I will have the data to both justify an elimination of a particular exercise and also introduce a new functional move or correction that, for the same amount of time, gives significantly more tangible benefits either in general physical preparation or skillful performance in a specific endeavor.

Now, here’s where the title Paleo . . . Plus comes from. If you follow the rules of an elimination diet such as Paleo and you’ve gotten good results, then it’s okay to reintroduce things that give you pleasure, convenience or allow you to look forward to something. You can introduce that as a little every now and then or in the form of a cheat day.

I try to eat local/whole/simple/Paleo whenever I can. If I want a bowl of ice cream, a slice of pizza or some really salty potato chips, I’m going to do that too. If I notice that I’m going overboard, I’ll cut back a little bit.

If I can achieve nearly the same results by cheating a little bit and adding a littleplus right alongside an otherwise elimination diet, good for me.

Take that advice to your exercise program, your clients and your athletes. Take that advice to the patients headed back to their active lifestyle after you rehabilitate them (hopefully having learned the lesson that all injuries should provide.) ‘Could I have done anything to prevent this, or at least lessen the severity?’ In some cases, you will say ‘no’ but in some cases, you’ll say to yourself, ‘Well, I couldn’t avoid the injury but my rehab is taking longer because I have 15 other problems that were exposed when I went through the rehabilitation process.’

Cleaning up a dysfunctional movement pattern can have that far-reaching effect and change many of the performance metrics that may have plateaued for you. You won’t know unless you look and you can’t retest unless you test something the first time.

Set your movement and performance baselines:

If you’re stiff, breathe and get healthy. Then get mobile.

If you’re not strong, carry stuff and lift stuff.

Own your movement patterns. Simple and basic first. Without load and then with load. Always with integrity.

Eliminate the things that don’t make a lot of good sense or seem to be supplementary. See how good you get against your baseline test.

Watch your performance so that you’ll have no excuse for making an unqualified statement about what you think performance is and what it’s not. The first requirement of performance is participation and if you’re jacked up, you’re not a participant today.

Enjoy your simple, basic and whole exercise program. Once you own it, add the plus for fun . . . you earned it!