We’ve all read the stories about how FMS and CK-FMS have helped people move better.  In fact, just a few months ago there was an interview with the Atlanta Falcons’ strength coach touting FMS and how it has improved his NFL athletes.  But how could the Functional Movement System improve a world record-holding ninja? 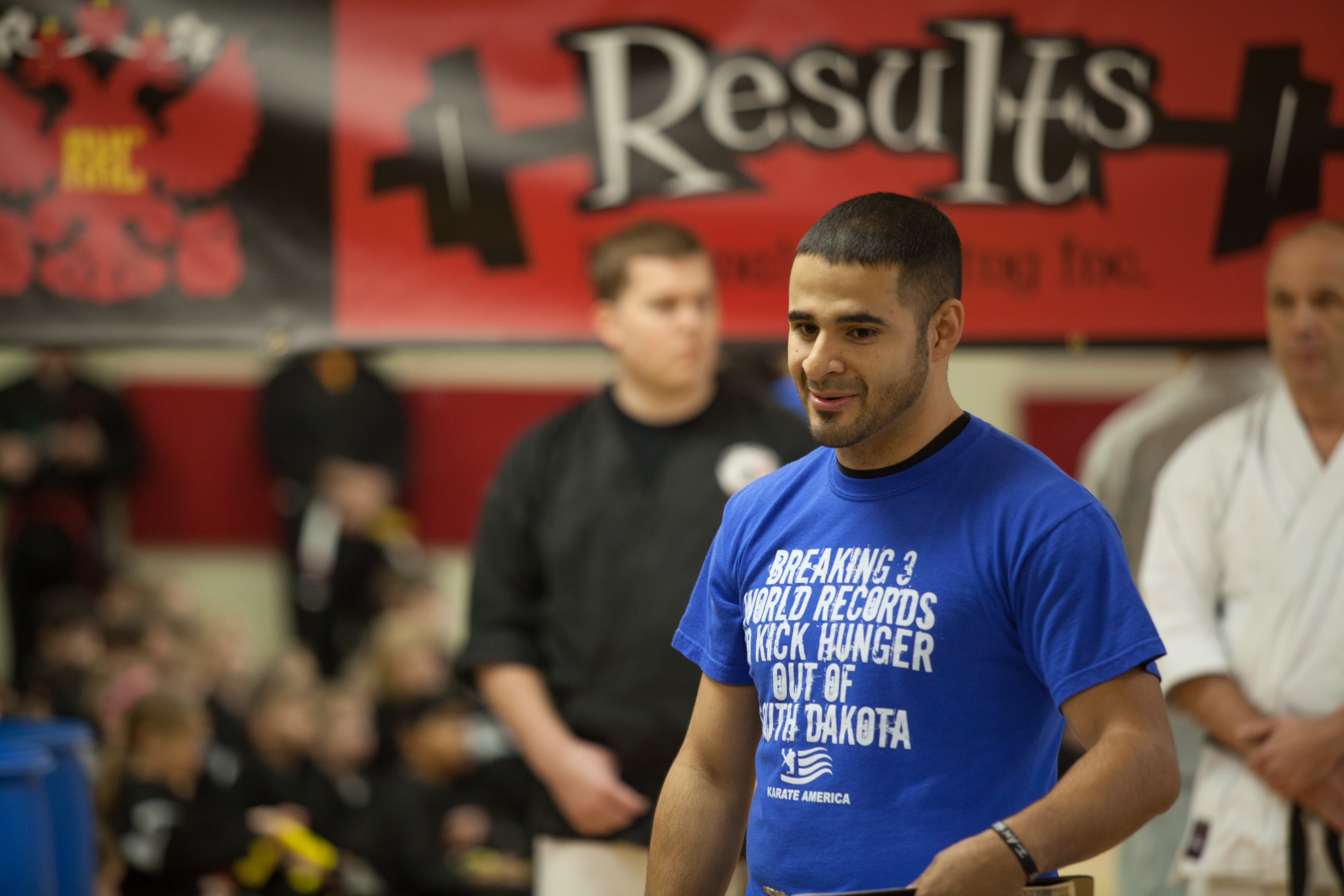 In the later part of last year, Raul decided he wanted to break a few Guinness World Records, specifically the most kicks in one minute (which he already held) and the most kicks in three minutes (which would have been a new record for him).  With his big event planned for November he began his training the way most people would: practice kicking.  A LOT!  Raul admitted later that he believed he needed “sport specific training” to accomplish his goal of becoming the fastest kicker in the world.  On a cold November night in Sioux Falls, SD in front of several hundred people, he attempted both records and failed.  Failure motivates people in different ways, and for Meza it fired him up even more.  He decided that night to take me up on my offer and let my facility train him for another attempt. 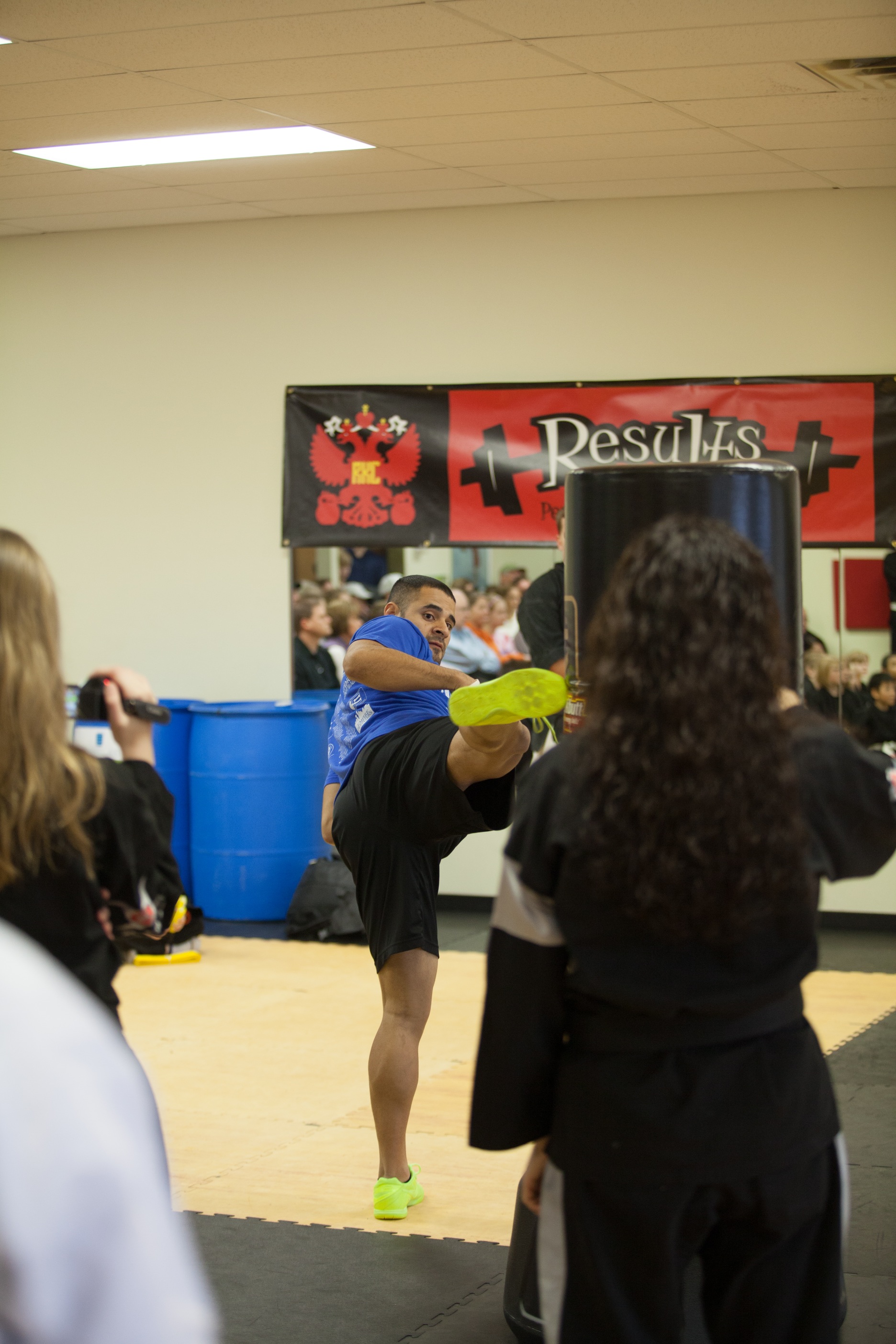 One week later, Raul was in Results Personal Training for his FMS screening.  He scored well on almost everything, except rotary stability.  Can you imagine trying to explain to a ninja who can stand on one leg and kick for three straight minutes that stability is his problem?  Despite feeling some skepticism and doubt in the test he reluctantly played along, and when I put him in the half kneeling position he “drank the Kool-Aid”!  Despite all of his training and abilities, he could not stabilize in a simple little half kneeling position for longer than ten seconds.  This became the foundation of our training: Follow the test results, and don’t over think it!

For a little more than a month, we worked on Raul with various stability and strength drills.  We began each session with soft tissue work and then progressed into half kneeling drills.  We incorporated things like Turkish Get-ups, unilateral kettlebell work, loaded carries, push-up variations, single leg deadlifts and basic strength movements like deadlifts and overhead presses.  We wanted to challenge his body to support and stabilize a load as well as make him stronger.  The funny thing is during this time Raul didn’t practice his kicking nearly as much as before!  Remember Gray Cook preaches the importance of creating that foundation of movement skill and proficiency before we pile on any sport specific work.  So what happened?  Take a look at what Raul has to say…

“I was already in good shape when I first set foot in Results Personal Training. I don’t think anyone would argue that but just like with any new thing, I had to be willing to be the ‘white belt’ and humble myself to do what the trainer asked me to do. I breezed through most of the evaluation, and at the end I was surprised to hear that my weakness was my balance and stability. I thought to myself, ‘I stand on one leg and kick for three minutes non-stop and this guy thinks I don’t have any balance?’ But I was still the white belt and listening to my kettlebell ninja. Corey had me do a few basic stability drills and I was falling over.  By the end of the first session, I had already made up my mind that I was going to continue and let the trainers at Results be my sensei.  I’m so used to being the leader, chief instructor, or the person in charge that it has actually been fun to be the ‘student’ and just do what the trainers tell me to do. Well, almost exactly a month after I had started training with Results, I re-attempted the two Guinness World Records that I had fallen short on. My first record was ‘Most Martial Arts Kicks in one minute using a single leg.’ The previous record was 335 kicks in one minute, and I did 344! The second record was ‘Most Martial Arts Kicks in three minutes using a single leg.’ One month prior on my failed attempt I did 598 kicks, but on my most recent attempt I did 751 kicks which destroyed the current record of 616 kicks held by an 18-year-old man from Pakistan. The crazy part is during the one month I hardly trained my kicking at all. On my previous attempt, I literally did over 10,000 kicks in the week leading up to the attempts, and this time I only trained kicking once per week, and I only did each event once. So I know it sounds cliché, but it was all because of my training at Results!  I feel stronger, I have better muscle endurance and better balance and stability. Thank you for taking my training to the next level!  I look forward to breaking even more records in the next year with their help.”

It makes me laugh when I see other trainers asking how they should start with a certain client.  Perhaps they’re over thinking it because the new client is an elite athlete in a specific sport.  The bottom line is this: use the Functional Movement Screen.  Follow what it tells you.  Don’t try to outthink it.  Apply the correctives.  Build that basic movement foundation that Gray Cook talks about.  Sit back and watch the magic or World Records happen! 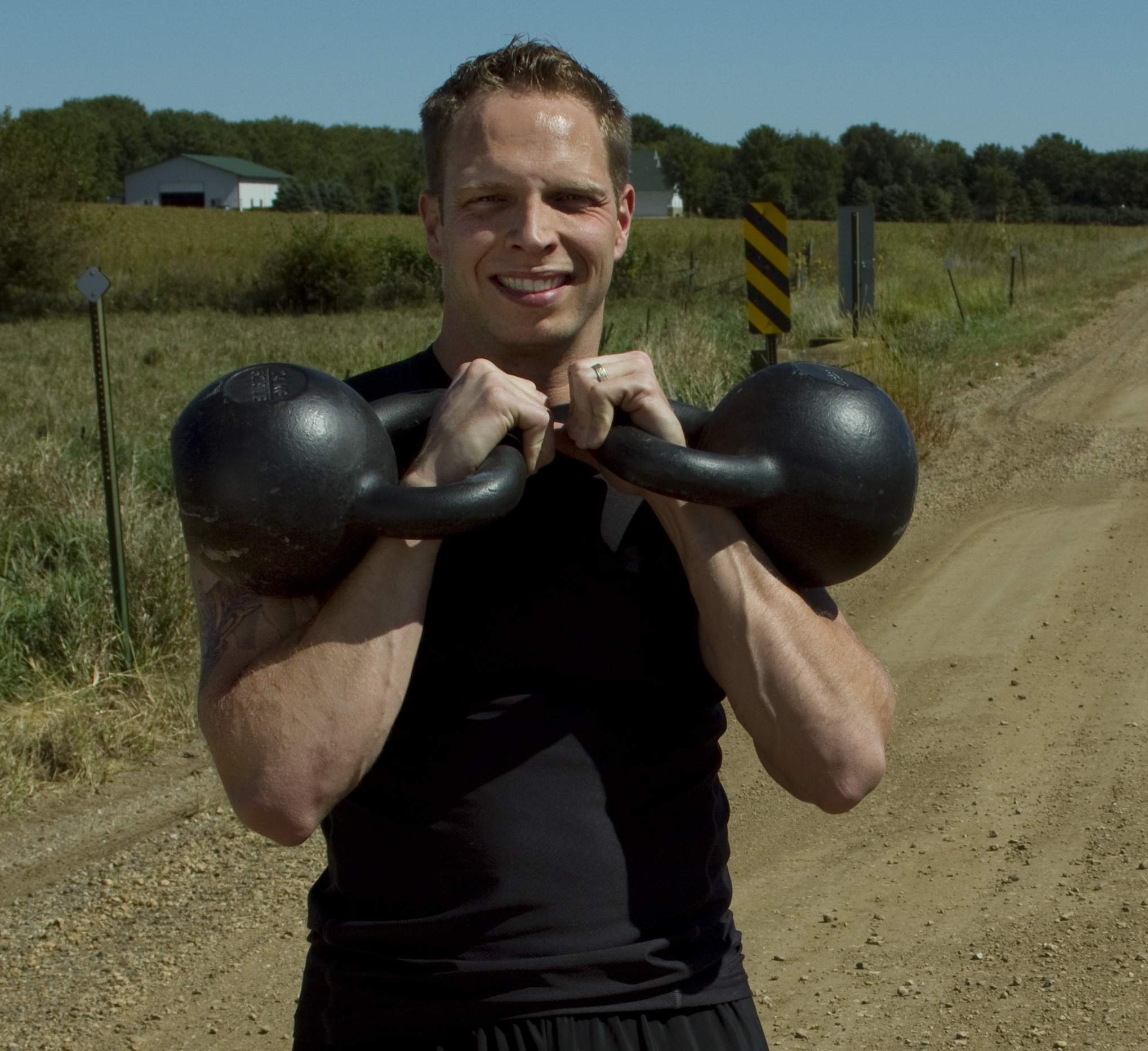 Corey is a former competitive powerlifter. After tearing his left tricep and being forced into early retirement from powerlifting, he discovered kettlebells and earned his Hardstyle Kettlebell Certification. He has also earned his RKC, CK-FMS, and Primal Move Instructor Certification.

For more on Corey, visit www.coreyhoward.com.