How Your Breathing Relates to Your Movement

While we can go 30 days without food and several days without water, we can only go minutes without air. To say that breathing is critically important at the most essential level is not an exaggeration at all. But what does that have to do with movement?

I’ll get there in a moment.

For centuries disciplines like Martial arts, Pranayama and others have focused on breath as a key component of health and performance. In modern time, we have gone from ignoring the breath to giving it almost mystical properties. Let’s try to cut through some clutter and get a bit of clarity.

We can focus on three areas of breathing:

First let’s be clear on breathing vs. respiration.

Breathing is the physical act of moving air in and out of the lungs while respiration has two areas: Physiological (transfer of gas in the lungs) and Cellular (energy production in the cells/mitochondria). For our purposes, the mechanical actions of breathing will be discussed while looking at the biomechanical and the physiological actions of gas exchange.

If you perform a quick Google search you'll realize that these terms are sometimes “interchanged” and even used in the definition of the other.  It can be confusing, so here are a few simple YouTube videos to catch us up on different aspects of breathing, if necessary:

A look at the normal respiratory cycle.

An animation of ventilation and respiration.

I would also recommend a peak at any good Exercise Physiology textbook or something like:

Strength and Conditioning: Biological Principles and Practical Applications published in 2011.

As you can see in the first video there is a lot going on in a breath cycle and the diaphragm is the star of the show. Other primary and accessory muscles become active for inspiration and expiration at rest and during exercise. The diaphragm is one of the coolest muscles in the body with unique attachments and anatomy.  It functions as the primary muscle of breathing but also is active in maintaining posture and “core” stability as part of the inner unit (diaphragm, pelvic floor, TvA, multifidus).

In the FMS Breathing Screen manual, "Biomechanical" is described as:

a. referring to the actions of the neuromuscular respiratory pump

b. Creating changes in the intra-abdominal and intra-thoracic pressure that drive the movement of air, lymph and blood”

Anatomical breathing match refers to the natural matching of the inhalation and exhalation with extension and flexion of the spine/body. Extension facilitates inhalation and flexion facilitates exhalation. As the body gets compressed (flexion) exhalation dissipates the pressure and extension assists in opening the thoracic area to assist in inhalation. In addition, anatomical breathing can be used in stretching where the exhale is used to enhance the relaxation into a stretch.

As Stu McGill noted in his discussion with Gray re: breathing during their Stanford event:

“Consider an athletic competition where your athlete has an opponent—mixed martial arts or UFC. These guys are so good. If they have their opponent in some sort of a compromised position and they want the arm down, they’ll dig the opponent’s liver to get a defensive arm down. They wait for the second for the opponent to inhale—not exhale—and then snap on a submission based on that breathing cycle… How would I teach the diaphragm to be as athletic as it possibly can, independent of stability and control?

I get them breathing heavily and drop them into a side bridge. If they entrain any of the other muscles to the breathing, they’ll fall out. All they have left is the diaphragm. I’m going to teach that diaphragm to be independent and allow them to breathe no matter what.”

Martial artists refer to this as “breathing behind the shield.” The ability to brace and breathe essentially.

Obviously when it comes to breathing and performance it is not one thing but many from a biomechanical perspective.

The biochemical aspect of breathing/respiration is all about gas exchange. Getting O2 in and CO2 out to maintain the O2/CO2 balance in the blood/body. This occurs in the cells as cellular respiration (using O2 as part of producing ATP and getting rid of the waste product CO2) and in the lungs as gas exchange. Chemical receptors keep an eye on blood pH and adjust breathing rate accordingly to maintain blood pH. Hyperventilation (over-breathing) actually blows off too much CO2 and causes alkalosis. Medically CO2 levels can be measured by capnography or blood tests. In the FMS Breathing Screen, breath holds are used to provide a quick screen for potential breathing issues (these can also be influenced by the other aspects of breathing.)

While we do have conscious control over this subconscious system of breathing the physiological controls of the body and brain will alter breathing to “get what they need” regardless of what we “think” we are doing.

In their article titled "Breathwork in body psychotherapy" published in 2011, authors Christine Caldwell and Himmat Victoria provide a variety of information about the impact of breathing on psychological factors, touching on the work of Chaitow and others stating:

“It is clear that the physiology and psychology of breathing are inextricably intertwined when Chaitow, Bradley, and Gilbert (2002) also state that: Feeling anxious produces a distinctive pattern of upper-chest breathing, which modifies blood chemistry, leading to a chain reaction of effects, inducing anxiety, and so reinforcing the pattern which produced the dysfunctional pattern of breathing in the first place (p. 2).”

Through the use of a research validated questionnaire the FMS Breathing Screen provides an efficient means of screening for psychophysiological aspects of breathing.

Putting It All Together

The FMS Breathing Screen for the Fitness Professional is 2 Breath Holds and a questionnaire but for the Healthcare Professional it includes hands on clinical assessment and evaluation.

This easily performed screen allows us to separate those that have dysfunctional breathing from those that simply need to enhance their breathing to improve movement.

Since the only place Fitness comes before Health is in the dictionary, breathing must take an important role in our Health and Fitness practices. Screening movement and breathing allows us to properly allocate resources and attention in the right direction. 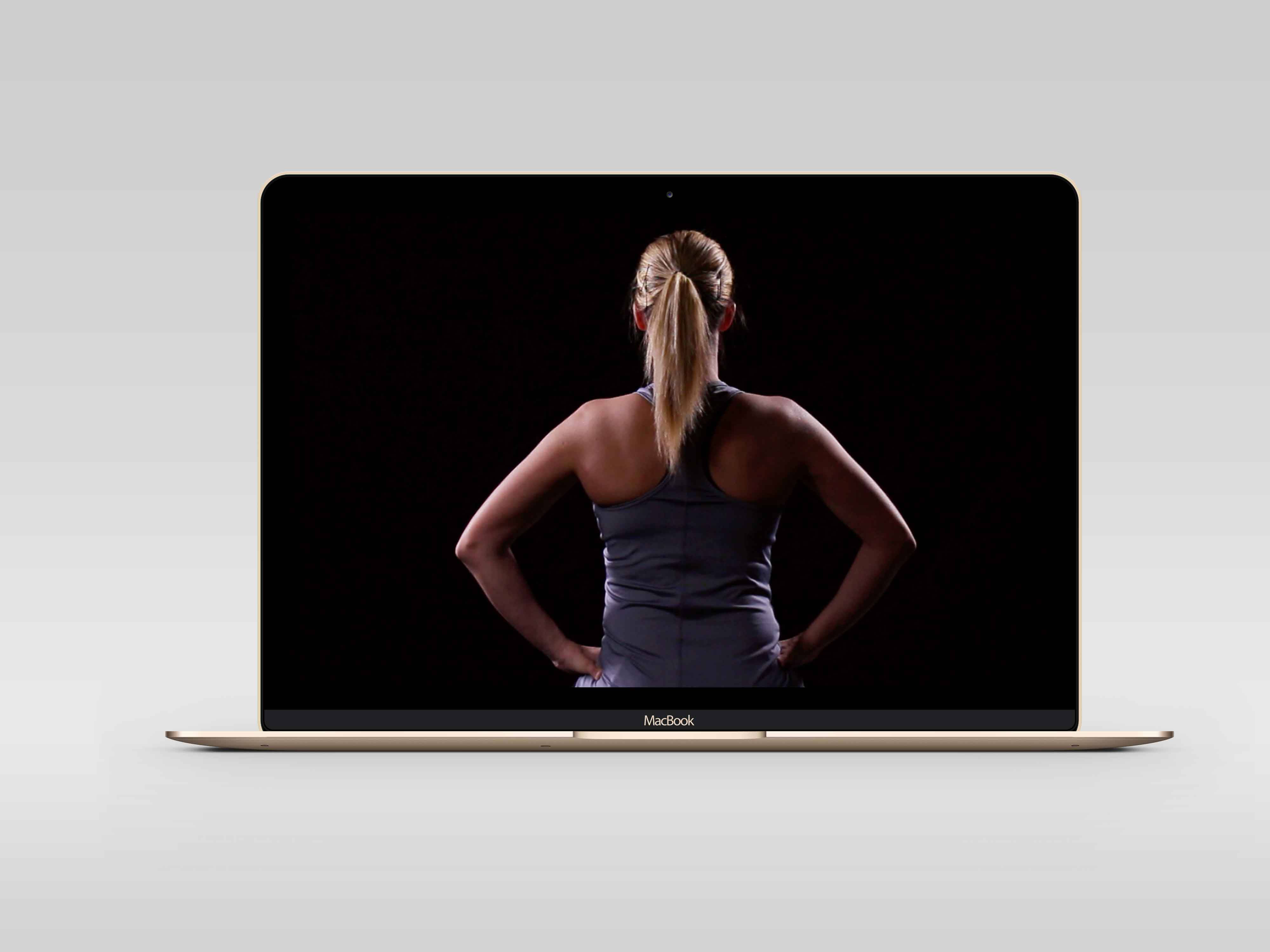 For information on our online breathing course, visit here. 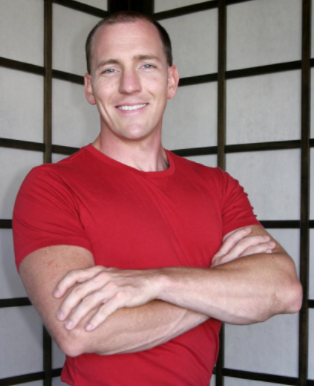 With over 20 years of experience, Brett has been sought out to consult with professional teams and athletes, as well as present throughout the United States and internationally.

As an Athletic Trainer who has transitioned into the fitness industry, Brett has taught kettlebell techniques and principles since 2003; currently acting as the Director of Education for StrongFirst.  He has also taught for Functional Movement Systems (FMS) since 2006, and has created multiple DVDs and manuals with world-renowned physical therapist Gray Cook, including the widely-praised “Secrets of…” series and currently acts as an Advisory Board Member for FMS in the development of curriculum and instructors.

Brett continues to evolve his approach to training and teaching, and is passionate about improving the quality of education for the fitness industry.  He is available for consultations and distance coaching by e-mailing him at appliedstrength@gmail.com. Follow him on Twitter at @BrettEJones.