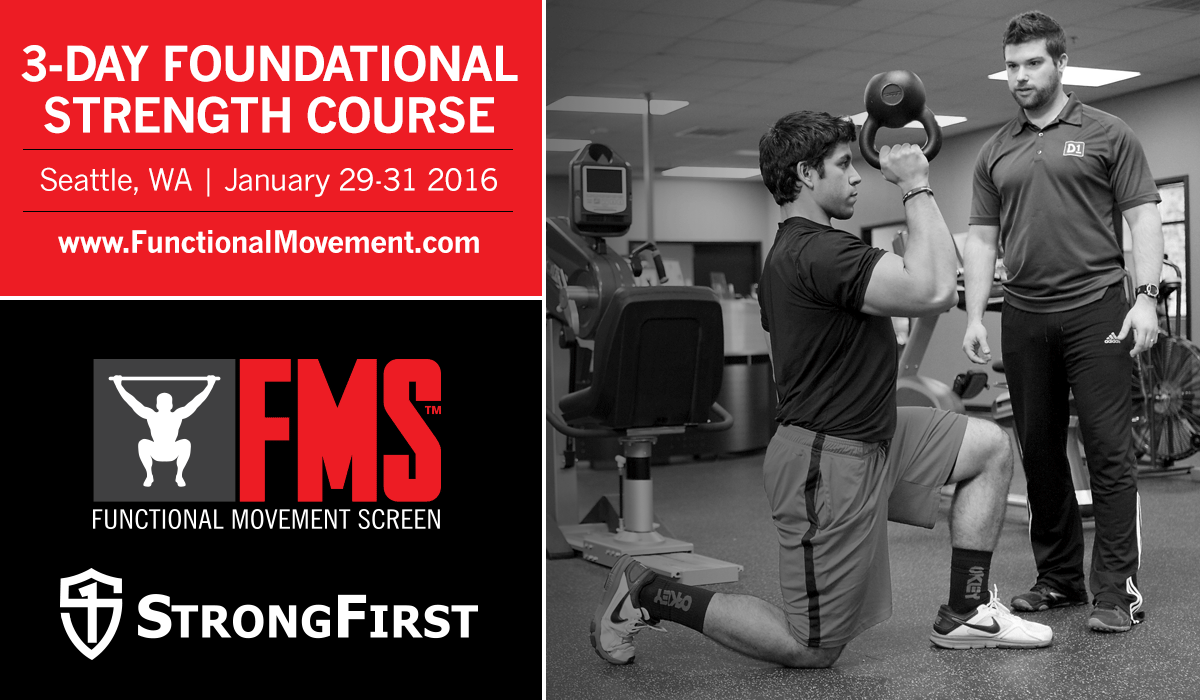 Coaching versus correcting can be confusing if we don’t look at it in a proper way.

It’s absolutely amazing to watch someone like Pavel, Brett Jones, Mark Toomey or Dan John coach a movement. They can take a bad lift or a bad movement and with just a few well-placed words, make that movement better. We’ve all stood back in awe of how economical they are with their coaching cues and instructions.

That’s by design. We’ve learned this by watching an inexperienced golf professional stand on the driving range and give a student 45 things to think about in the golf swing. That’s not a good idea, and it’s not a good idea to do that in the kettlebell swing either.

We’ve learned from about 25 years of motor learning research that we shouldn’t give internal cues—we should give external cues. We don’t tell people what to engage or what to fire or what to relax. We give them an external cue, like ‘float the kettlebell.’

We could say ‘engage your lats,’ or we could just coach a movement that requires that to be done. If you’ve ever seen me put a little elastic tubing in someone’s arm pits, pull backward and let them reach down to try to deadlift a kettlebell, I’m articulating that same lat engagement cue with a tactile weight shifting, vestibular and proprioceptive cue.

Since I wrote Athletic Body in Balance, I’ve been saying that the language of movement is written in feel, not in words or pictures.

When we first learned to move, we did it by the way it felt. If toddlers lean too far forward trying to run, they land on their faces. When we run and don’t lean far enough, we don’t really go much faster than walking.

That forward lean is something that’s communicated to us through gravity and the environment. Whenever possible, we try to do those fundamental tactile, proprioceptive, feel-based cues, and then maybe just add a word to refine it.

Now, consider coaching versus correcting. If I take an athlete to the ground and ask them to do crocodile breathing or ask them to learn to breathe or open up their chest when doing an arm bar, that’s different. I’m actually coaching a correction, and in those cases, we can give a little more verbal insight.

Often, when people are doing a corrective maneuver—and I’ve seen Pavel do this very well—we coach breathing. Pavel said in Simple and Sinister that two very complementary yet contrasting breaths are seen in the Turkish getup and in the swing.

Here’s my point: When I watch expert coaches coach, they always (or nearly always) get it right. They don’t bring the coaching cues that work to everyone, only because everyone is not ready for those cues.

When an individual can’t even bend over and touch their toes, they’ve got a problem, and not just a movement problem. It’s a sensory problem. They feel the kind of tightness most people feel when grabbing and clasping their toes, but they’re feeling that halfway through the range of motion. I don’t know if there’s anything I, or any of the other coaches, can say to make that better.

We’re going to have to do a corrective. If we’ve cleared their leg raise or if we’ve cleared a lot of the barriers to that, I may do something like the toe touch progression or leg lowering. Now, these aren’t exercises in and of themselves. They’re just correctives because I’ve still got to get them touching your toes.

Once I get them touching their toes, I’ve still got to make sure they have proper alignment, balancing and coordination in deadlifting. Then, one day I’m going to convert that to a crisp hard-style swing.

Listen to what the getup tells you. Do the correction. Resume the getup. Is it better or not? More correction may be necessary, but if you listen to the breathing cues and the movement cues, you can easily get over some of these obstacles or speed bumps within the getup. These are two products I think will really help you get your head around correctives.

I want to add one bit of advice—when the people I work with and the people I train do correctives, it’s not a month-long thing. It’s a session thing. As a matter of fact, it’s a ‘couple of minutes’ thing. We drop a corrective that’s not so difficult that you can’t potentially see the benefit almost immediately.

That is my definition of a corrective. I’ll run the entire loop, hopefully within five to ten minutes. If you’ve been to a previous event of ours, you’ve probably seen us do this. We do the corrective where it’s needed, but we don’t introduce unnecessary correctives.